The trio that created the skateboard label in 1993 have created a Zoo York x Founders collection.

Under old management. That’s the tag line Zoo York is touting to mark the return of its founders.

The brand, now owned by Iconix Brand Group, has reconnected with Rodney Smith, Eli Morgan Gesner and Adam Schatz who have come on board as creative directors to provide creative, design and marketing insight to the skateboard-inspired brand they created more than 25 years ago.

They’ve designed a Zoo York x Founders line of limited-edition product that will be sold only through Zoo York’s Instagram and e-commerce site beginning on Sept. 10. The first drop is inspired by the brand’s history and includes updates of items from the brand’s archives including a dad hat and T-shirt inspired by the “Zoo York Mixtape,” from 1997 and a T-shirt similar to what was worn by the skaters in the cult film “Kids.” 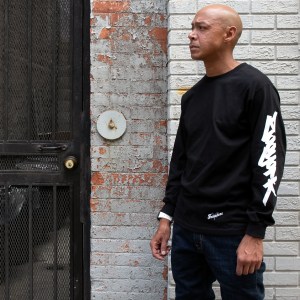 The Founders collection will also include the original Zoo York graffiti tag created by Gesner, which will be featured on a long-sleeve T-shirt as well as a skate deck, which he will also spray-paint and sign. The inaugural collection also includes a replica of the Zoo York hoodie from the Nineties. 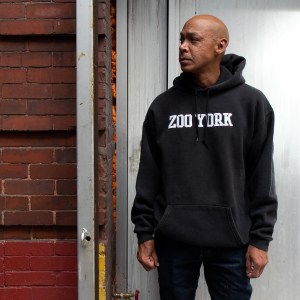 The hoodie is based on the original version from the Eighties.

Only 93 pieces of each item within the Founders collection will be created, to pay homage to the year Zoo York was founded. 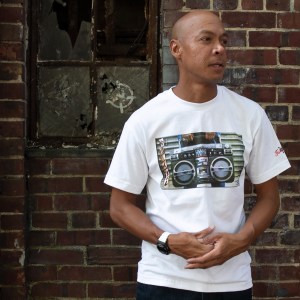 The T-shirt was inspired by the Zoo York Mixtape from 1997.

The three skateboard enthusiasts from New York created Zoo York in 1993 and positioned it as the first street culture-inspired lifestyle label and an alternative to the California brands that were dominant in the industry at the time. They took the name from New York City skate crew the Soul Artists of Zoo York from Riverside Park in Manhattan that started to make a name for itself in the Seventies. By the Eighties, the name Zoo York had come to symbolize New York City’s underground culture of artists, b-boys, skateboarders and punks.

In 1993, Smith, Gesner and Schatz created the first product under the Zoo York name that started out as a line of skate decks and T-shirts and grew into a complete apparel collection targeted to the urban audience.

Although the founders are no longer teens, their energy continues to be palpable. Gesner does most of the talking with Smith content to sit back quietly and Schatz — whom Gesner refers to as “the responsible business guy” — jumping in occasionally to correct some parts of the story.

They’ve been friends since they were teenagers, skating and even rooming together in the early days. Smith is the most accomplished skateboarder of the group, deemed the Godfather of East Coast skateboarding and the founder of Shut Skateboards, a brand he retains to this day. Gesner also skated, but his claim to fame was graphic art. He created artwork for Shut and was hired by Russell Simmons to help launch Phat Farm. “I took the job and overnight found myself hanging out with Russell Simmons in a bulletproof Rolls-Royce,” he said with a laugh.

He met Schatz at Phat Farm and together with Smith, they decided to team up and create a brand that would epitomize New York street culture for the people, Gesner said.

He tells the story about how they would work for Phat Farm until the receptionist went home and then bring Smith in and stay up all night creating graphics for Zoo York, the brand they wanted to launch, using Phat Farm’s color printer and other computer equipment they couldn’t afford. “Russell was one of our original investors, he just didn’t know it,” Smith said.

They launched Zoo York, it took off and they quit their jobs at Phat Farm to focus on it full time. “It was totally fresh and a bit disruptive,” Schatz said. “It became a monster.”

“We disrupted the California control of the skate industry,” Gesner interjected. “We were unabashedly New York. Eff you, we’re from New York, deal with it.”

The brand went through a number of ownership changes, notably Marc Ecko in 2000, whose Ecko Unltd. business had the infrastructure the trio knew they needed to scale the brand. Although Zoo York performed well under Ecko, it grew so big that it “became less and less interesting” to the founders, Gesner said, and they worked out a deal to transition out of the company in 2005. “We weren’t happy and the brand didn’t need us anymore,” Schatz said.

In 2009, Iconix bought a 51 percent stake in Zoo York and acquired the remainder of the business in 2011.

Although they’d moved on to other things — Gesner and Schatz to the film industry, where they created the documentary about Zoo York called “Concrete Jungle,” among other things, and Smith to Shut — there was always a soft spot in their hearts for the brand they had created. They’d even tried to buy back the trademark at one point.

But when they met with Iconix president and chief executive officer Bob Galvin at the end of last year, they found a kindred spirit and cut a deal to return as brand ambassadors and creative directors and launch the Founders collection.

“Partnering with the creators of Zoo York will help us reconnect to the brand’s origins in New York City street culture and regain credibility,” Galvin said. “With the convergence of growing global interest in skateboarding and ongoing Nineties nostalgia, there’s a great opportunity for Zoo York.”

Galvin said the target customer for the brand is young men from 12 to 24 “who are immersed in action sports, skateboarding and street culture and are heavy social media users. By partnering with the founders, we also expect the target consumer to trend older since we are hoping to re-engage fans of the brand who had an affinity for Zoo York when it was first introduced in the Nineties.”

Today, Zoo York has a strong presence in Europe, Australia, the Philippines and Chile, as well as Japan, where skateboarding will make its Olympic debut next year. “We also recently signed a deal with Sparks Glencoe Korea Co., Ltd., a wholly owned subsidiary of Fila Korea Ltd., to be the Zoo York licensee for apparel, footwear, underwear and accessories in Korea, so we’re looking forward to expanding the brand in that market as well,” Galvin said. All told, Zoo York has 25 licensees around the world.

Its strongest selling items are fleece hoodies and graphic T-shirts, he said.

Galvin said Iconix has created a “segmentation strategy for Zoo York, and the capsule collections from the founders sit at the top of the pyramid. These limited-edition collections will incorporate higher-quality fabrics and have higher price points and will only be available through very select distribution. The main Zoo York collections will remain more accessible in terms of price point and distribution, while incorporating core classics and everyday essentials. The Zoo York x Founders capsule collections will be beneficial for the overall brand since they will drive demand, awareness and relevancy with our target consumers.”

Galvin believes that by reconnecting with the trio, Zoo York will “regain credibility and authenticity in the skate community and bring Zoo York back to its East Coast street culture roots. The founders are passionate about the brand they started and can help us fully leverage the brand’s archives. The Zoo York x Founders collection is more aspirational and will have a halo effect for the brand. These limited-edition product drops will drive brand awareness and desirability as well as generate buzz for the brand.”

Under the terms of the new deal, in addition to creating limited-edition product drops every six weeks, Smith, Gesner and Schatz will provide ongoing design direction to licensees around the world, bring back the original logo and work on storytelling and content.

Galvin would not provide a volume figure for Zoo York or a projection for the Founders collection, saying only: “At its height, Zoo York had annual sales of several hundred million dollars. The brand has strong potential and we believe our strategy of bringing Zoo York back “Under Old Management” will help us the grow the brand.”