25 Years of Keeping Up With the Joneses

Terry and Tricia Jones, owners of i-D, will fete the magazine's 25th anniversary with an exhibition in mid-July in London. 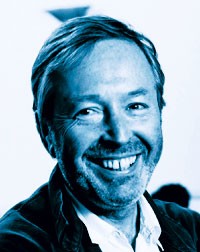 LONDON —  The magazine business has never been a quick fix for Terry Jones, which is one reason why i-D, which he founded with fistfuls of his own cash, is still standing after 25 years.

Only last year, Jones and his wife and co-publisher, Tricia, remortgaged their north London home to repurchase the 50 percent stake in i-D they’d sold to Tony Elliott, founder and publishing director of Time Out, in the Eighties.

It wasn’t the first time they pulled cash out of their home to finance their brainchild.

“A lot of people here go into the magazine business thinking they’re going to get rich quickly,” said Jones, who will turn 60 later this year and who founded i-D with proceeds from his own fashion consulting work. “But magazines are a whole other thing. They are a physical addiction,” he added over a late lunch of bread, cheese and raw vegetables in a conference room at the title’s east London headquarters.

For the Joneses, who now own 100 percent of the magazine, the rewards are clearly worth it. Jones feels he’s consolidated i-D’s position as the “street Vogue,” and sees the magazine as “food for the industry — not a catalogue for it.”

The Joneses will be celebrating the milestone with an exhibition that will kick off in mid-July at Zandra Rhodes’ Fashion and Textile Museum on Bermondsey Street here. The show, to be called “Identity,” will showcase sights, sounds and smells from the past two-and-a-half decades.

“It’s going to be very different from ‘SMILEi-D,’” said Jones, referring to the show of fashion photographs from the magazine’s archive that marked its 21st anniversary in the spring of 2001. “It’s going to be partly a retrospective of favorite photos shot by our photographers, including Juergen Teller, Terry Richardson, Nick Knight and Craig McDean.”

The show will be divided into five five-year segments, and there also will be a selection of smells and sounds — musical and otherwise — that evoke each period. “‘Identity’ is more than just about the visual,” said Jones. He added, with a laugh, that his wife strongly discouraged him from including touch and taste experiences in the show.

Jones also plans to recruit artists and photographers to create images or installations that say something about the nature of identity. After London, the show will travel to cities including Tokyo, New York, Los Angeles, Paris and Moscow, and to countries including Italy and Brazil. Symrise, the fragrance manufacturer, is the global sponsor for the show, and is also helping the team at i-D to develop the scents.

Although Jones and his wife have been nurturing the magazine for a quarter century — and have just became grandparents for the first time — they’re as earnest and excited as the publishers of a start-up. “What we have is a communications vehicle,” said Tricia Jones. “We can influence the way interesting people think. And it’s an incredible responsibility.”

That’s why i-D, in between fashion shoots and trend stories, has tackled issues such as fair trade and the environment, filled its well with antiwar fashion shoots and photographs and, of course, run profiles of edgy — and sometimes obscure — artists, actors, directors and rock bands for which the magazine has become renowned.

The June issue will address some of the issues on the agenda of the Group of Eight industrialized countries, which will meet in Edinburgh in July. They include the reduction of Third World debt, fair trade and the war on poverty.

“We present fashion in a cultural context and, we think, in an intellectual and inspiring way,” said Jones. “Part of the ethos of the magazine has been to mirror social issues that affect our lives, and to support the fashion industry with integrity. And we can do all that because we’re in the unique position of having no shareholders.”

Later this year, Jones also will be coming out with Volume II of “Fashion Now,” a list of the most influential fashion designers working today. Published by Taschen, it will update the information from Volume I, which was published in 2003. And while the former was published in three languages, this will be printed in nine.

In the future, Jones said he hopes i-D will reach increasing numbers of readers globally, but not through licensing deals or regional versions. “We want the same product to be read everywhere. We like to think of ourselves as the Bristol Cars of the magazine world,” he said, referring to the eternally stylish, discreet and powerful English cars. “Handmade.”