A Year of Bad Days 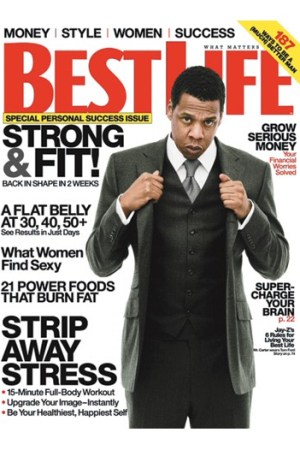 As if the media business wasn’t under enough pressure to keep up with the more timely, more dynamic and ever-changing Internet, the recession of 2009 feasted on advertising revenues across magazines and newspapers, sending the sector into a major retrenchment. As the fashion business suffered sales declines, consolidations, bankruptcies and layoffs, many media brands buckled under the same constraints.

With the sales of their goods in free fall, retailers and fashion houses slashed marketing budgets and focused on promotions to goose consumer spending. Branding for the sake of branding in glossy magazines or through splashy events became an afterthought. From Vogue to O, the Oprah magazine and Harper’s Bazaar, big women’s magazines lost a quarter of their ad paging throughout the year, with those weighted heavily toward luxury witnessing more than a third of their ad pages disappearing. Town & Country lost 45 percent of its paging. Those with a more diversified advertising base fared better, but even more mass-oriented titles such as Glamour, Cosmopolitan, InStyle and Marie Claire still lost about 20 percent on average during 2009.

Though the number of magazine deaths in 2009 may seem staggering, they’re not record breaking. “Death in the magazine business is part of their life cycle,” said Samir Husni, aka Mr. Magazine, who is director of the Magazine Innovation Center at the University of Mississippi School of Journalism. “It is part of our business. Can you afford, for example, to have three bridal magazines in this market? No, so what do you do? Kill two and increase the frequency of one to replace all three. One major food magazine dies, another is born and [has] a higher circulation after one year. We are a very bloated industry and this major crisis is teaching us some lessons in tightening our belts. It is not the beginning, nor it is the end. It is a stage of transition.”

The economy forced publishers to rethink operations as advertising shrank and single-copy sales continued their decline. Some radically changed their approach: Under new ownership, Vibe will return in 2010 primarily as an online site and a quarterly magazine. Others adjusted their cost structures to reflect the frugal times — Condé Nast hired consulting firm McKinsey & Co. to help streamline its operating costs and realign its business division. The publisher implemented a 25 percent reduction in expenses across its magazines and Web sites, and laid off about 400 staffers in the fall.

Meanwhile, Time Inc. let go around 500 employees by December as it announced it would cut $100 million from operating costs. And The New York Times said it would eliminate 100 editorial staffers by the end of the year, either through buyouts or layoffs.

The recession also pushed publishers more toward entertaining readers and advertisers outside of traditional means. As reality television, blogs and mobile platforms continue their rapid growth, publishers continue to break into those arenas.

As such, reality TV continues to be a mutually beneficial marriage of television and magazines. Print brands lend their expertise and editors to a particular show, and in return, the magazine and its sponsors increase their exposure across television. The fervor for fashion-related shows continued throughout the year — witness the return of “Project Runway” for its sixth season, which continued to gather a sizeable audience. The reality contest to find the next great fashion designer moved from Bravo to Lifetime this season and brought on Marie Claire as its magazine partner, as Elle’s relationship with the show expired after season five. Also earning strong ratings was Bravo’s second season of docu-reality program “The Rachel Zoe Project.” Fashion’s TV exposure also extended to Bravo’s “The Fashion Show,” hosted by Isaac Mizrahi and Kelly Rowland, and “Launch My Line” with Dean and Dan Caten of Dsquared2, both of which have yet to be greenlighted for another season.

MTV rolled out another season of “The City,” where its castmates work at Diane von Furstenberg, Elle and People’s Revolution, and the long-running “America’s Next Top Model” aired its 13th season this fall on The CW.

Aside from TV, fashion also got a big-screen break with the documentaries “Valentino: The Last Emperor” — on the shortlist for an Oscar nod, and generating $2 million in ticket sales — and “The September Issue,” the documentary based on the inner workings of Vogue. That grossed $4.5 million worldwide. Both films broke records for documentary openings in the States.