Gill wrote for The Sunday Times and for Vanity Fair. 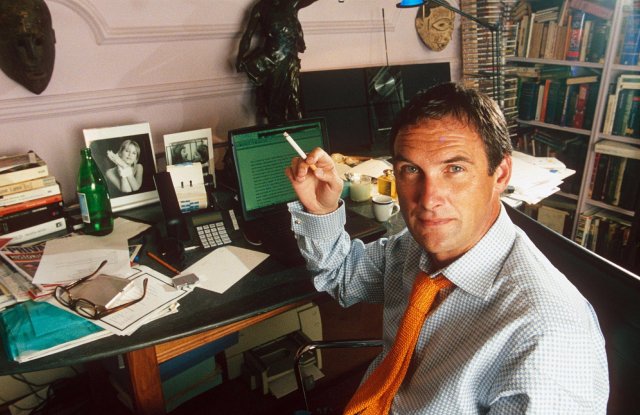 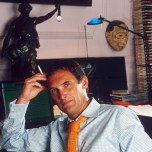 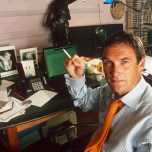 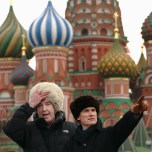 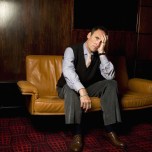 LONDON — Members of the British media were in mourning this weekend after the sudden death of Adrian Anthony Gill — known by his byline A.A. Gill — the outspoken, un-politically correct and sharp-eyed journalist and Sunday Times of London critic. He announced he had cancer just three weeks ago.

Gill, 62, had battled dyslexia — he famously dictated his columns to staff because no one could read his writing — and alcoholism to build an international profile as a writer, frequently contributing to Vanity Fair. He first talked about having cancer in his restaurant column, as part of a review of a fish-and-chip shop in Yorkshire, England.

“I’ve got an embarrassment of cancer, the full English. There is barely a morsel of offal that is not included. I have a trucker’s gut-buster, gimpy, malevolent, meaty malignancy,” wrote the handsome Gill who was always charming and quick to laugh.

“He was the heart and soul of the paper,” said Martin Ivens, editor of The Sunday Times. “His intelligence was matched by compassion. Adrian was a giant among journalists. He was also our friend. We will miss him.”  Richard Saker/REX/Shutterstock

His final article appeared in The Sunday Times of London on Dec. 11, where he describes the failings of Britain’s National Health Service in treating his lung cancer, which had metastasized. “My alien,” he wrote on Sunday, “was the most common cancer in old men, our biggest killer — an aggressive, nimble cat-burgler lung cancer that is rarely noticed till it has had kittens.”

In addition to his work as a food and television critic, Gill wrote about a wide range of topics ranging from the ersatz restaurants that appeared at the now-dismantled Jungle in Calais, France; the plight of refugees and their children landing on the small Italian island of Lampedusa, and shooting a baboon dead during a safari in Tanzania.

He was the subject of many calls to the Press Complaints Commission and the Commission for Racial Equality for his jabs at individuals, countries and institutions and his racial and sexist slurs. He was just as brutal when talking about himself.

In his memoir, “Pour Me: a Life,” which was published last year, he described the grotesque side effects of his alcoholism. He began drinking aged 15 and finally gave it up at 30. Last month, in an article, he said the second — sober — half of his life had been a gift.

“He was the heart and soul of the paper,” said Martin Ivens, editor of The Sunday Times. “His intelligence was matched by compassion. Adrian was a giant among journalists. He was also our friend. We will miss him.”

A.A. Gill and Jeremy Clarkson in Moscow in 2006. The former star of “Top Gear,” begged people to read Gill’s last article in The Sunday Times, where he describes the failings of Britain’s National Health Service in treating his lung cancer, which had metastasized.  Dmitry Beliakov/REX/Shutterstock

Journalist Joan Bakewell tweeted: “A.A. Gill spoke out courageously about his coming death. Helps us share his going. But will miss his wit and love of life.”

Gill was born in Edinburgh and raised in the south of England: His father was a film and TV director and his mother, an actress. He studied at the Slade School of Art, having dreamt of becoming an artist, but gave it up after convincing himself he’d never succeed. He eventually taught himself how to cook and later taught cooking.

It was Jane Procter, the former editor of Tatler, who helped introduce him to the world of journalism, and he worked for that title before moving over to The Sunday Times as a critic and features writer.

He was briefly married to Cressida Connolly, the award-winning author and journalist, and later to Amber Rudd, who earlier this year became home secretary in Prime Minister Theresa May’s new government. The couple had two children, Flora and Alistair.

Gill met his longtime partner, Nicola Formby, when she was working as a writer at Tatler. In his food columns, Gill always referred to Formby as “The Blonde.”  RICHARD YOUNG/REX/Shutterstock

Gill is survived by his longtime partner, Nicola Formby, who was working as a writer at Tatler when they met, and who is now a food consultant. They have nine-year-old twins, Isaac and Edith. In his food columns, Gill always referred to Formby as “The Blonde” and his youngest children as “The Twins.” He is also survived by his mother, Yvonne Gilan.