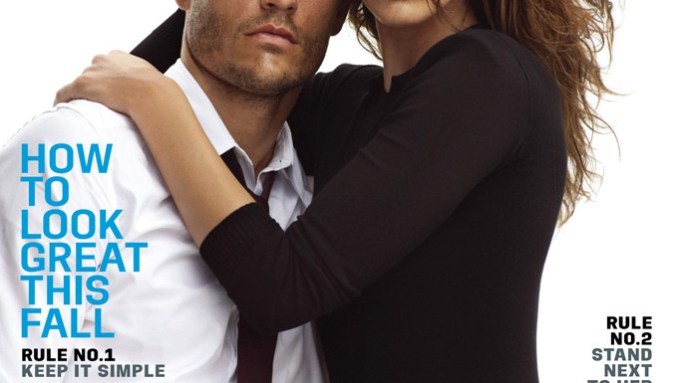 THE SEPTEMBER ISSUES: There’s few places that can match the fashion magazine industry’s preoccupation with size. And so with the disclosure of September’s advertising page totals came the usual hyperbolic boasts from publishers eager to wow female readers, advertisers and the press. The issue is “the second largest in Vogue’s history” chirped a press release from Condé Nast — 665 ad pages. Not one to be outdone, Hearst Corp. claimed “the biggest issue of Elle ever” — 442 pages — “and the biggest issue ever published by Hearst Magazines.” Whoa. Are these guys compensating for something? Somewhat.

As advertising trend reports have gotten more dire every year, publishers are aggressively broadcasting successes where they can find them, and the fashion books, as well as some other categories, are the exception to industry-wide advertising declines. In the first half of the year, total advertising pages declined 4.9 percent, according to Publishers Information Bureau, but the big fashion titles were the exception to the trend, posting upticks that were decent, if smaller next to last year’s comparatively blockbuster numbers. The upward trend continued through the mighty September issues.

In 2012, Vogue had its biggest September advertising haul, 658 pages, since the flush days of 2008. And so the overall percentage gain this year is not in the double digits, but 1 percent, or five pages more than last year. The issue actually ranks fourth in terms of ad pages after 2005, 2007 and 2008, according to Media Industry Newsletter. (In 2005, Vogue’s ad count included supplement Men’s Vogue, which was polybagged with the flagship magazine).

At Hearst, the workhorse of the Tower was Cosmopolitan. The magazine’s 171 pages is on the thinner side for the normally thick fashion books — its peak year was 2005, with 250 pages. But with a new editor in chief, Joanna Coles, bulking up its fashion editorial, publisher Donna Kalajian Lagani claimed a 16 percent rally from last year, the largest percentage gain among its sibling titles; fashion advertising, meanwhile, increased 26 percent.

The runner-up was Kevin O’Malley of Elle, which after four years of consecutive ad page bumps — 2008 was its peak — posted an increase of 12 percent for a total of 442 ad pages. Harper’s Bazaar, run by Carol Smith, also posted a double-digit increase, 10 percent to 397.

Connie Anne Phillips had been working on InStyle’s September issue before she left Time Inc. for Condé Nast’s Glamour, but it was up to new publisher Karin Tracy to finish the job — the issue ended up with 455 pages, about a 3 percent increase from last year’s 440.

Speaking of Glamour, Bill Wackermann’s last September there was the publishing equivalent of a mic drop — an 18 percent gain over last year, the largest rally percentage-wise at 4 Times Square, for a total of 224 pages. The other Condé title posting a significant percentage gain was W, whose new publisher, Lucy Kriz, reported 288 pages, up 17 percent.

Vanity Fair, run by Edward Menicheschi, can expect a lucrative October — anniversary issues are always catnip to advertisers, and it’s the magazine’s 100th — but its September, touted as its style issue, also had a healthy margin, up 5 percent to 234. Nancy Berger Cardone’s Marie Claire continues to be a headache for competitors — she scared up 246 pages, 13.5 percent above last year.

The resurgence of men’s advertising was reflected in the September issues as well — Esquire delivered a 26.5 percent increase for 124 pages and Details saw a 6 percent gain for 148 pages, while GQ, at 205, posted a 1 percent gain for the largest number of ad pages in its category. Between the fitness titles, Men’s Fitness and Men’s Health, the latter is still winning their match, 89 to 80. To capitalize on the strength of fashion advertising, Details magazine is adding 40 fashion pages annually to its editorial well. In a break with the trend of featuring celebrities and athletes on the cover, editor in chief Dan Peres put a model on the cover for the first time since 2011, Tyson Ballou, who appears alongside the model Emily Didonato.

“Fashion is our bread and butter,” Peres said. “Our readers aren’t coming to us for a 5,000-word piece on the Syrian conflict. They’re coming to us for luxury fashion.” It doesn’t hurt that advertisers will lap it up, too. “Surely our marketing partners aren’t going to be disappointed,” Peres said. The editor said he’ll have to find the right opportunity for the next time a model might land a cover. A musician and two actors are set for the last three months of the year.