Ads In the September Issues: A Multiyear Breakdown

September is still a big month for magazines. WWD looked at the 2019 issues and the ads they landed compared to rivals and previous years.

Past issues of Vogue, which included the masthead.

Magazine publishing executives would probably rather talk about anything than print advertising right now.

Video on the other hand? They’ll talk and talk. Ditto for digital ads (but expect some grumbling about preroll prices going down) and “partner” content, previously known as branded content and before that native advertising. But the fact is, when it comes to magazine publishers, the bulk of advertising revenue still comes from print ads.

Yes, its majority is shrinking as areas like video and digital grow, but the growth in those two areas actually isn’t yet enough to make up for the losses in print. Considering print is still heavily relied on by every major publisher, such as Condé Nast, Hearst Magazines and Meredith, WWD analyzed this year’s September issues by number of ad pages. September is still the biggest month for lifestyle magazines, all of which now seem to have a fashion bent, so the month should represent a relatively even playing field and a time when pages are at (or at least near) their peak.

What was discovered reinforced the trend that has been playing out throughout the industry — fewer magazines, fewer ads, smaller page counts and so, less revenue.

Not coincidentally, the counting and releasing of September page count and ad count by publishers has not been “industry standard” for the last few years. Until the early 2010s, publishers would insist on boasting of their September page numbers — Vogue even had to send its issue to editors in a box one year. But this year, the page breakdown was compiled entirely by WWD. Representatives of all Condé, Hearst and Meredith declined to provide any figures.

It does not include any ads that are internal for the magazines or their publishers, only advertisements by third parties or special sections marked as advertisements. The 10-year comparisons are based on WWD reporting during 1999 and 2009, based on figures provided by the magazine publishers at those times.

As it has in the past, Vogue came out on top this year with 356 ad pages inside a magazine totaling 596 pages, making the book 59 percent advertising overall. Very respectable numbers that roundly beat the competition, but it’s a big drop compared to 2009, when the magazine had 427 pages of ads. That year was when the recession hit the industry and was then one of the worst years it had ever seen. In 1999, Vogue had 562 pages of ads, nearly the size of the entire magazine this year. 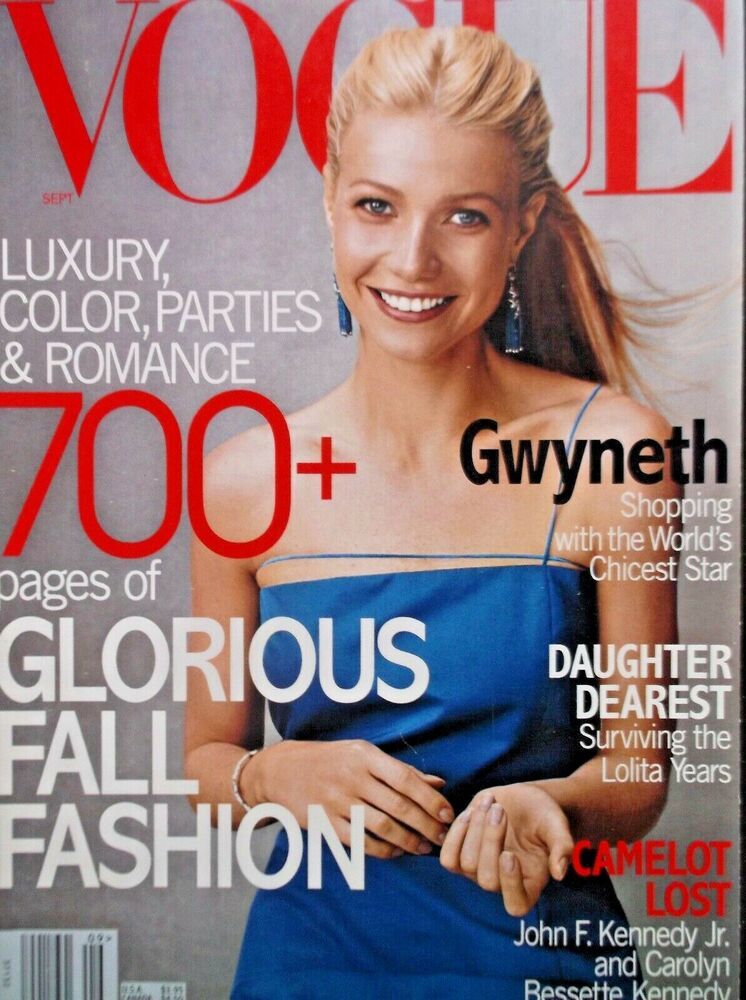 A comparison of ad pages in major U.S. magazines this September, in order of most to least, with comparisons of September 2009 and September 1999 issues.  WWD

Carol Smith, publishing director of Bazaar and Elle, said September issues still tend to pull big-cover moments and include anticipated fall trends, meaning they “remain a significant moment for the industry and our audiences.” Today, however, the issues “come to life” online and with live events, like Bazaar’s annual Icons event and Elle’s Women in Music.

But Todd Haskell, chief marketing officer of Hearst Magazines, argued that “measuring in-book ad pages completely misses critical parts of how we deliver upon the needs of our customers (both the consumer and the advertiser).” He pushed the growth of online, social and video platforms for magazine titles, but made note that this year’s September issues “attracted dozens of new advertisers.”

Nevertheless, he compared any tracking of print ad pages to the tracking of newsstand sales to discern “consumer vitality,” calling it a “meaningless indicator as consumer patterns change.” Still, the bulk of Hearst Magazines’ revenue comes from print advertising.

Rounding out the top five are InStyle and Vanity Fair. InStyle landed in fourth place (September was billed as a special 25th anniversary issue, always good for drumming up ad sales). The magazine pulled in 162 pages of ads for a 324-page issue, making it 50 percent ads. But in 2009, the magazine had 339 pages of ads and in 1999, 310 pages of ads, both about the size of this year’s issue. Vanity Fair, more general interest than the top four but still heavy on fashion and style and related advertisers, pulled in 93 pages of ads for a 190-page September issue, making it 47 percent ads. In both 2009 and 1999, the number of ad pages beat the entire size of this year’s issue, with 213 pages of ads and 220 pages of ads, respectively.

The Face Isn’t Coming Back for Nostalgia’s Sake

The Model Conundrum: Waiting to Be Paid