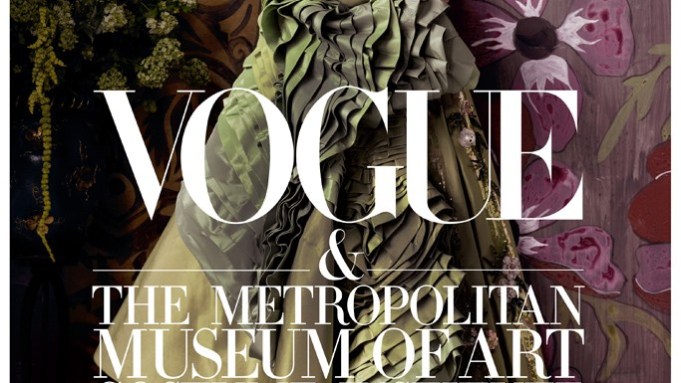 The new book, “Vogue & The Metropolitan Museum of Art Costume Institute: Parties, Exhibitions, People,” chronicles the history of the annual fashion gala and exhibit. Due out on Sept. 23, it features photos from the exhibitions, the benefit event, as well as the Vogue shoots inspired by each year’s theme. Here, an excerpt from the book.

FOREWARD
F. Scott Fitzgerald romantically described Jay Gatsby’s parties as where “men and girls came and went like moths among the whisperings and the champagne and the stars.” The same words could describe the swirl of The Met’s annual Costume Institute Benefit—though in that context the stars would be people rather than glittering lights in the evening sky.

At first glance, The Costume Institute Benefit is a glorious pageant of fashion icons, movie stars, politicians, sports figures, artists, and social titans. But behind that sparkle of celebrity and fashion is a night that plays a critical role in funding one of The Metropolitan Museum’s outstanding curatorial departments.

In 1948, two years after The Museum of Costume Art became part of The Met and was renamed The Costume Institute, the fashion publicist Eleanor Lambert organized the first benefit party to support its yearly expenses—a midnight supper at the Rain- bow Room immediately dubbed “The Party of the Year.” And so an extraordinary annual tradition began. One can imagine the momentum these events gathered under the legendary Diana Vreeland, special consultant to The Costume Institute from 1972 until her death in 1989. Mrs. Vreeland’s exhibitions—including such iconic shows as “The World of Balenciaga” (1973) and “The Glory of Russian Costume” (1976)—broke all conventions, and the benefit dinners followed suit. With cochairs like Jacqueline Kennedy Onassis (1977–1978) and the indomitable Pat Buckley (1979–1995), the parties attracted everyone from Lily Auchincloss to Andy Warhol.

This volume covers the exhibitions and galas of the twenty-first century, starting in 2001, the year that Vogue editor Hamish Bowles served as guest curator for the beautiful exhibition “Jacqueline Kennedy: The White House Years.” In the thirteen years since that show, Costume Institute curators Harold Koda and Andrew Bolton have changed the way we think about fashion, pushing us to explore its sources and conceptual narratives with projects that provoke and inspire. Who could forget the eighteenth-century seduction in the Wrightsman Galleries, the punk rebellion in the Lansdowne House Dining Room, the tragic poetry of Alexander McQueen, or the evocative Surrealism of Schiaparelli?

The book ends with the 2014 exhibition, “Charles James: Beyond Fashion,” which heralded the reopening of the Costume Institute galleries after a two-year renovation. Anchored by the Lizzie and Jonathan Tisch Gallery, this new space has been named the Anna Wintour Costume Center in honor of The Costume Institute’s great advocate and supporter.

The millions raised year after year by Vogue and Anna Wintour through the benefit allow The Costume Institute to thrive. These funds not only produce the groundbreaking exhibitions and publications we have come to expect, but they support the Costume Institute staff and their research, and enable us to expand and conserve one of the greatest collections of historic and contemporary dress in the world—more than 35,000 objects spanning five centuries. As you explore these pages and enjoy the splendor of these exhibitions and celebrations, I hope you’ll be inspired to visit The Met and see just what The Costume Institute Benefit has made possible. That critical contribution may not be the first thing on everyone’s mind as they ascend the steps of The Museum for The Party of the Year, but it is the lasting legacy of those magical evenings.

— By Thomas P. Campbell, Director and CEO the Metropolitan Museum of Art