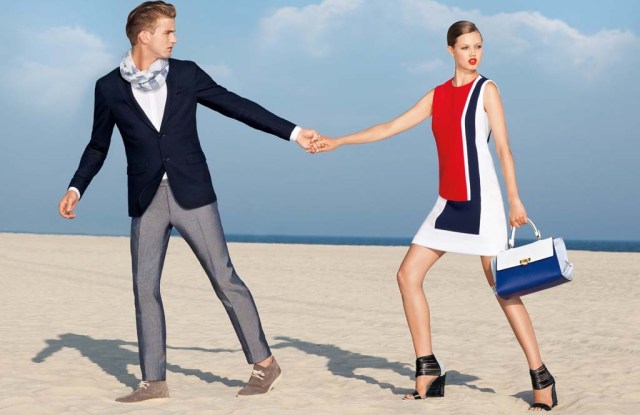 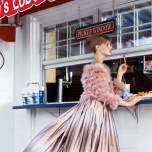 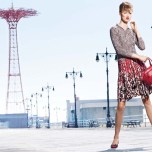 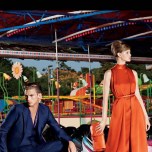 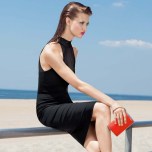 AFTER THE STORM: Coney Island never looked as good as in Americana Manhasset’s hyper-realistic holiday/resort book and advertising campaign, bursting with bright color. The luxury shopping center in Manhasset, N.Y., was inspired by Northeast beach communities such as Coney Island, Atlantic Beach and Rockaway Beach, areas hit hard by Superstorm Sandy. Immediately following the storm, Americana donated $100,000 to the American Red Cross and held a drive to gather supplies for families in need.

“We wanted to send a message of continued support by bringing our business and our attention to the shore one year later,” said Andrea Sanders, senior vice president and creative director. “There’s still a lot of work to be done in those areas, which we witnessed. We’re calling attention back to that area and showing how important the shore is to our communities, in a subtle way.” Charles DeCaro, co-owner of Laspata DeCaro, said, “It was really a celebration of this part of American culture that was on the brink of oblivion and is back better than ever.” Models Lindsey Wixson and RJ King brought a playful youthfulness to the campaign, which includes shots of the two riding bumper cars, Wixson in front of the Parachute Jump, an iconic no-longer-functioning ride, and with balloons outside Luna Park at Coney Island.

A two-minute video has a slightly darker take on Coney Island with graffiti and slightly rusted signs.