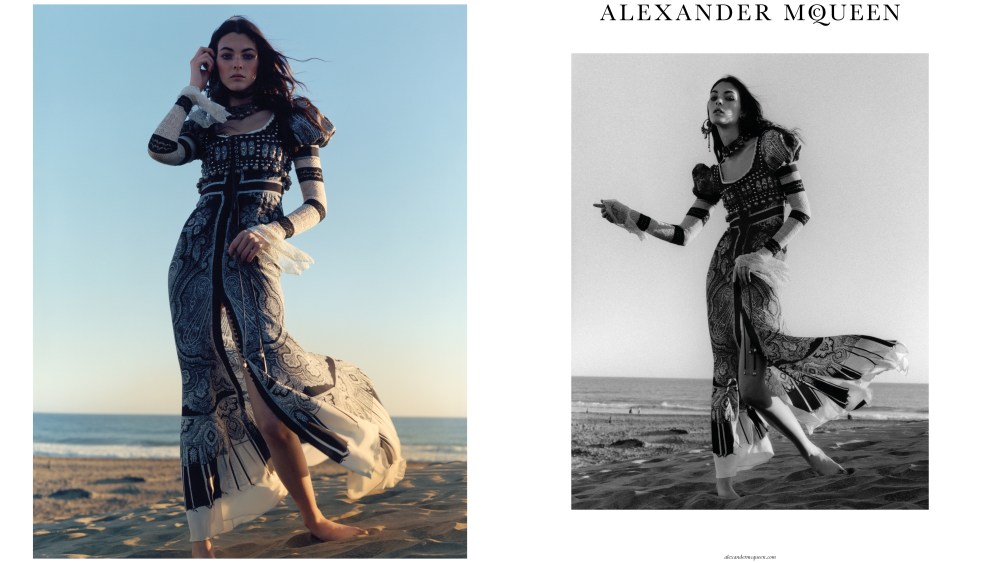 DUNE DEAL: Alexander McQueen has taken to the beaches off the northwest African coast for its spring-summer 2017 ad campaign, shot once again by Jamie Hawkesworth.

Model Vittoria Ceretti is pictured on the flats and dunes of a beach, in the changing light of the landscape. The company described her as “dreamlike, sensual with an effortless simplicity.”

The great outdoors is becoming something of a theme for McQueen: For fall-winter 2016, Hawkesworth braved the wind-chilled Scottish terrain for a spare and dramatic shoot. At the time, McQueen said its creative director Sarah Burton and the photographer shared “a mutual love for British nature and wildlife.”

The fall campaign featured Mica Aganaraz wearing ghostly black ruffles, sparkling fabrics and nature prints as she posed on a lonely beach or by ruined houses and great stretches of scrubby land.

The spring campaign shows Ceretti wearing diaphanous lace that blows in the breeze and a fitted, bejeweled dress with pouf sleeves with Italian Renaissance flair. The campaign, which the brand plans to release Thursday, was shot on a small island off the coast of northwest Africa.