Adidas Goes All In… ESPN The Magazine Does a Style Issue…

Adidas will launch what it claims to be the biggest marketing campaign in its history. 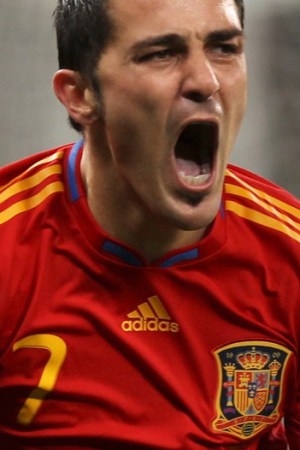 ALL IN: Adidas on Wednesday will launch what it claims to be the biggest marketing campaign in its history: a TV and cinema commercial featuring a range of ambassadors across the sport, lifestyle, fashion and entertainment fields. Captured wearing spring 2011 items from Adidas collections, the personalities include soccer hero David Beckham, NBA star Derrick Rose and pop singer Katy Perry, who can be seen preparing for and performing a concert. Targeting 14- to 28-year-old consumers, the campaign groups Adidas’ three subbrands: Adidas Sport Performance, Adidas Originals and Adidas Sport Style. “Now we are proud to be able to show the breadth and depth of the Adidas brand in one global brand campaign,” stated Erich Stamminger, member of the executive board responsible for global brands. Created by Montreal-based agency Sid Lee and shot by French director Romain Gavras, 30- and 60-second versions of the commercial have been developed for TV and cinema, with an extended two-minute version to be aired online. The campaign will extend to print for in-store merchandising, with teasers and extended films set to roll out throughout the year.

This story first appeared in the March 15, 2011 issue of WWD. Subscribe Today.

SPEAKING OF FASHION AND SPORT…: Ever wonder where LeBron James or Kobe Bryant shop for kicks in their downtime? The editors of ESPN The Magazine are betting the answer is yes and the new issue, entirely devoted to style, is its first big effort to combine sports and fashion. “These subjects are becoming synonymous with the athletes we cover,” said Steven Binder, vice president, publishing director. “Readers want to know what they’re wearing and how to wear it. From an ad standpoint, it’s also the next logical move. We’re able to go deeper with some of these fashion houses now. We had Calvin Klein fragrance and accessories but now we’re breaking ready-to-wear, underwear and jeans.”

To support its increased fashion coverage, the magazine has hired its first fashion editor, Samantha Rubin, formerly of Men’s Health. Binder said readers can expect full fashion credits, more styling and, several times a year, ESPN will run eight-page fashion portfolios. “This is now relevant more than ever — we should really own this space,” said Binder. And the extra ad revenue won’t hurt, either.