Allure editor in chief Linda Wells has a lot to smile about these days. 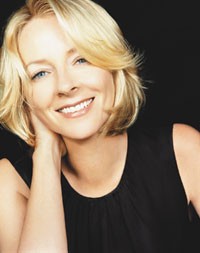 NEW YORK ­— Allure editor in chief Linda Wells has a lot to smile about these days.

Against the odds, Allure is celebrating its 15th anniversary this year, having survived a rocky start and lots of red ink to become an authority on beauty. Wells has earned a reputation as a knowledgeable yet approachable industry advocate, as evidenced by this month’s debut of her first book, “Allure: Confessions of a Beauty Editor,” a real-life handbook of essential beauty tips. And any woman who receives 30 beauty products a day to try must be happy — at least, happy enough to stay in the same position for 15 years.

In 1990, S.I. Newhouse Jr., chairman of Condé Nast (which owns WWD), and then-editorial director Alexander Liberman recruited Wells to develop an idea they had for a beauty title. “We felt that there was a need for a good beauty magazine and Alex had Linda in mind right from the start,” said Newhouse in an interview. At the time, Wells was a beauty editor and wrote a biweekly beauty column at The New York Times, recruited to the paper by the late fashion grande dame Carrie Donovan.

Liberman came up with the name Allure came after several unflattering suggestions, including Eve, “which would have been terrible; it sounded like a cigarette or a feminine hygiene product,” laughed Wells. Another was Beauty Now, which Wells said sounded like a trade magazine. But nailing a name was the least of her troubles. The first prototype was shredded two months before the issue was scheduled to be launched. After retooling everything from the creative team to the logo, Allure made its debut in March 1991, the last new title during Liberman’s tenure. He died in 1999.

There were some challenges in the early years. The magazine’s oversize format prevented it from fitting into slots at grocery store checkouts, and advertisers had to resize their ads or create new ones. (Allure’s fifth issue had just 11 ad pages, Wells recalled.) After four issues, Allure switched to a regular-size glossy format. When heroin chic was in vogue in the late Nineties, Allure traded its glossy, groomed appearance for one that reflected the dark trend of too-skinny, unkempt models in dank spaces.

This story first appeared in the October 20, 2006 issue of WWD. Subscribe Today.

“There was a moment where photographers, fashion stylists and designers were rejecting that whole hyped beauty of the supermodel — the makeup, heels and over-the-top quality of fashion,” said Wells. Allure did the same, creating a place where advertisers were uncomfortable because it no longer felt consumer friendly. “We were on that road and went down that road too far and too long,” mused Wells. The magazine sold over 1,300 ad pages in 1998; the next year, pages fell 16 percent, to 1,119.

Soon after, Allure returned to its demure roots with the help of photographer Michael Thompson and creative director Paul Cavaco, who created a consistent cover format and rethought how Allure shot stories. “For instance, if we were doing something about the beauty mistakes women made, we would photograph the mistakes,” said Wells. “Nobody wants to look at the mistakes; they want to look at the way it should look!”

Even more noteworthy is how circulation has grown steadily, despite the ups and downs in advertising, from 200,000 to the current one million; there have been 13 rate base increases since the magazine’s inception.

“She has really defined the genre. She has gotten more and more confidence and brilliance every year,” added Newhouse. “She’s not an editor who is formulaic. She keeps evolving and changing the magazine.”

Several examples of Wells’ editorial flexibility will come in the near future. Next month, Allure will relaunch Allure.com with ambitious video and interactive additions. Allure rolled out a special Allure Brides last year as a stand-alone issue, but this spring it will be an insert. Wells scrapped an insert on men’s grooming, Allure Men, produced last December, but will produce a special fragrance onsert in December that will be polybagged with the regular issue, and launch a new fragrance column in February as the boom in the sector continues, thanks to a new celebrity licensee every minute.

“She’s involved in every idea, from television to the Web site [allure.com], to podcasts, to wireless,” said Condé Nast editorial director Tom Wallace. “She’s both the face of the magazine and its voice, with a presence felt not only in the magazine but the entire beauty industry.”

She’s down to earth, in appearance and personality. “She’s a natural beauty,” gushed Thompson. “She doesn’t come and worry about her hair being perfect and her personality exudes that beauty, too.”

What’s next for Wells? If anything, she and Condé Nast feel she’s right at home at Allure. But could she be redirected elsewhere within Condé Nast — possibly to another launch? Perish the thought, said Newhouse. “We haven’t thought about moving her. She’s absolutely right for Allure.”