Tracey Ullman returns to television with a brand new crop to take on. 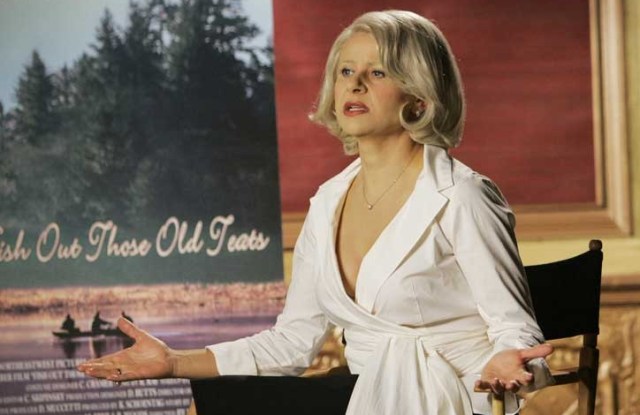 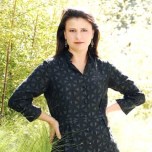 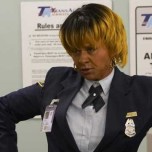 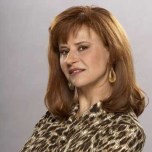 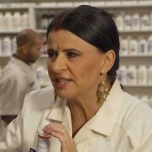 Tracey Ullman returns to television with a brand new crop to take on.

Being a professional comedian may be hazardous to your health.

John Belushi and Chris Farley died at 33, Richard Pryor at 65. And that’s to say nothing of the comedians who have merely suffered breakdowns (Dave Chappelle), endured nearly fatal staph infections (Rosie O’Donnell), gone to jail for picking up transsexual prostitutes (Eddie Murphy) and spewed racist outbursts in comedy clubs in front of hundreds of people (Michael Richards).

Yet at 47, Tracey Ullman is practically the poster child for physical and mental health. She has been married to the same man for 21 years. She has made tens of millions of dollars and held on to them. She has lived in L.A. for two decades and still hasn’t had plastic surgery. “She’s one of the only actresses working today who doesn’t look like a reconstructed granny,” says John Waters, who hired Ullman for 2004’s A Dirty Shame. “She’s fearless.”

“I’m a pretty happy person,” says Ullman at her editing studio in Los Angeles, where she’s wearing a white shirt and a gray skirt from Junya Watanabe. “I watch PBS documentaries and knit. I have nice friends. I got out of Hackbridge.”

Does she at least have a psychoanalyst to thank? “No. I just have a cup of tea and carry on. When the Germans were going to invade England, there were all these posters saying, ‘Keep calm and carry on,’ and I think it’s a fantastic motto.”

Since she became a household name in 1987 with her eponymous, Carol Burnett-like half-hour show on Fox, Ullman has practiced a form of comedy that is rarely mean-spirited or angry. “There’s absolutely no venom in her work,” says Meryl Streep, who worked with Ullman on the 1985 film Plenty and is one of her closest friends. “She loves the people she invents. She loves the ones who really exist and whose egos she pricks, but it’s not sadistic like other less-evolved comics involved in their own vendetta against the world.”

Arianna Huffington, another good friend, says this is because Ullman is driven more by a desire to learn about people than an impulse to make fun of them. “She’s a little like an anthropologist in the way she’s constantly monitoring everyone around her. She’s just always listening and watching and drawing fantastical conclusions about people.”

Which more or less describes Ullman’s latest expedition, State of The Union, a once-a-week series that comes to Showtime March 30. As the title implies, it’s about life in America as seen through the eyes of more than 50 people who live here. They include an undocumented worker from Bangladesh, an Indian pharmacist at a store like Wal-Mart and several very well-known men and women, among them Huffington, Renée Zellweger, Laurie David, Andy Rooney and Nancy Pelosi. All of whom Ullman plays, and all of whom she seems to like in one way or another.

“I always find something endearing about the people I play, even the worst ones,” Ullman says. One of her favorite characters on Tracey Takes On, her HBO show in the Nineties, was based loosely on Leslie Abramson, the pit bull attorney for convicted parent killers Lyle and Eric Menendez. “She was horrible. She had bad hair and shark teeth and she was mean. But I always imagined that she went home to an apartment with nothing but Nautilus equipment and an empty refrigerator. She just couldn’t get laid.”

By contrast, Ullman’s least favorite acting exercise was playing a born-again Christian named Birdie Godsend. “I liked her hair, I liked her look, but in a way I didn’t like doing her, because I couldn’t find any redeeming feature about her. I don’t like extremists.”

Ullman herself has never been religious. Her father emigrated to England during World War II from Poland. She thinks he may have been Jewish, saying, “Ullman’s a Jewish name.” But she’s not sure. “We never talked about it.”

When she was six, her dad died of a heart attack and Ullman began putting on shows to cheer up her mother. “Other kids played football. I played piano and imitated people.”

By age 12, she’d scored her first TV gig, doing a dance routine with Tommy Steele on his widely viewed variety show. “I was this geeky Jewish-looking kid, and he was really mean to me. I was nervous, so I was late on the routine, and he stopped the action and said, ‘If this kid can’t stop flitting around like a blue ass fly, let’s just cut the bit.’” She pulled it together and the show went on. “Now I find it really funny,” she says.

At 16, Ullman moved to Berlin to become a dancer, but returned to London a few years later, where she worked a string of odd jobs. By the early Eighties, she’d made a name for herself on the West End in productions of Grease and The Rocky Horror Picture Show. She also released an album called You Broke My Heart in 17 Places, which scored six top-10 hits. In 1982 she was tapped to do a TV pilot called A Cut Above, and fell in love with the show’s producer, Alan McKeown, who was also something of a mogul. The show didn’t make it, but the relationship did.

Ullman and McKeown were married at his Los Angeles home in 1983. In 1986, she got her show on Fox. Jim Brooks was the producer, Paula Abdul was the choreographer and Matt Groening was hired to do a 30-second cartoon called The Simpsons, which aired between the comedy sketches and the commercials.

Though The Tracey Ullman Show won several Emmys over the course of its four-season run, Fox’s biggest commercial success was the spin-off of The Simpsons. In 1992, two years after her show was canceled, Ullman successfully sued the network for a piece of the cartoon’s profits. She continues to accrue royalties, although she denies reports that she’s made 70 million pounds (about $140 million) from it. “I own a little piece of it,” she says. In 1995, she moved to HBO, where her show Tracey Takes On won four Emmys over the course of its three seasons.

For her latest, Ullman says she wanted to do something a little different. Her citizenship in the United States had come through and she wanted to celebrate it. “It’s the final barrier to political satire,” she says. “You can really comment on a place if you’re part of it.”

Moreover, the presidential campaign was in full swing, providing lots of material. “It’s fascinating to me, because in England we don’t have campaign contributions, we don’t have primary elections. Rupert Murdoch just decides.”

At the same time, she felt the seven-minute sketches for which she’s known wouldn’t work in today’s ADD environment. “It’s got a sort of YouTube feel,” she explains of State of The Union. “People’s attention spans are just frighteningly short.”

Ullman’s a little worried some of her subjects may have longer memories.

It’s hard to imagine Nancy Pelosi cracking a smile at all, much less about the fact that Ullman plays the senator getting Botox before a session in Congress. “Can I get a little on the crow’s feet?” she asks in the segment. “I’m going to Iraq and I want it to last.”

But Huffington professes to have no issues with being a source of material for her friend. “She didn’t need my permission,” she says. “So many people have done impersonations of me, and so many of them are amateurs, so it’s great to finally be done by a professional. She does a great impersonation of me.”