Astrid Muñoz appears in a series of selfies for the British label's fall outing. 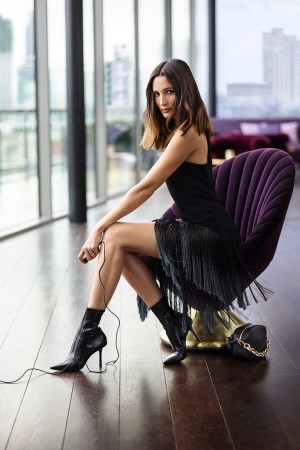 “In this selfie-obsessed world, I liked the idea of model-turned-photographer-turned-muse,” Wakeley said. “I love Astrid’s ageless spirit; for me she embodies the multitalented, multitasking, Wakeley woman.”

“Selfies are part of today’s culture. People want everything quickly and disposable,” Muñoz said. “Selfies are disposable — the self-portrait is timeless. We carefully captured the one important moment.”

The campaign will break on Thursday in the August issue of the British Vogue Catwalk Edit. It will be featured in the September issues of British Vogue, Harper’s Bazaar and Elle.