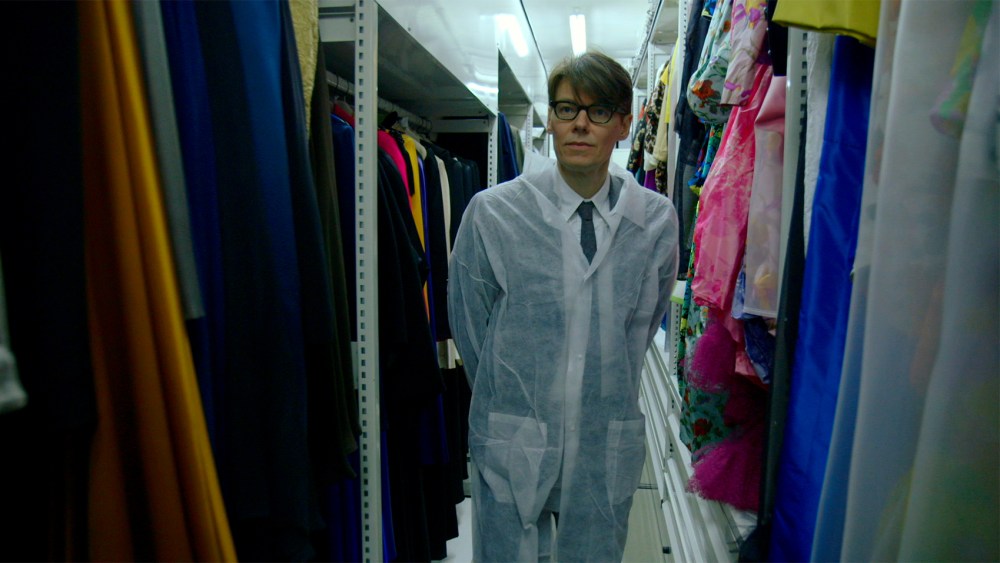 The night that has garnered a reputation for being one of the most sought-after invites in town is about to be unveiled to the masses. Documentary filmmaker Andrew Rossi and the Met Museum Costume Institute’s Andrew Bolton will attend the premiere of the film “The First Monday in May” on April 13 at the opening night of the TriBeCa Film Festival.

“I’ve made a lot of films to look to go behind the scenes of institutions that we as a society put on a pedestal,” said Rossi, who is best known for “Page One: Inside the New York Times.” “I like to understand through the humanity of an individual in that institution what is it about these places that are so critical to our society and to get to know them better, for better or for worse. And in the pantheon of cultural institutions, the Metropolitan Museum really has set many standards.”

Shooting began in fall 2014, with the crown jewel being the first Monday in May 2015. “I thought it was a fascinating opportunity to revisit what we qualify as art, why we have museums, and how they are changing, through the work of Andrew Bolton,” Rossi said of the Costume Institute’s leader, who this year succeeded Harold Koda after his 14-year run.

“Justin Bieber was really fun to see in action,” Rossi said of filming the pop star at the event. “When he got inside the museum he started singing a song, was just moved into song apparently. He was with Olivier Rousteing, and they represent a very young voice.”

Bolton, for his part, took the spotlight hesitantly. “I was strong-armed into this. It was something I was very reluctant to do — personally and not professionally,” he admitted.

Once convinced, he found the 2015 exhibit, “China: Through the Looking Glass,” particularly fitting for the film treatment. “Fashion is highly performative, as is film, and there’s a strong connection between the idea of creating identity. I think China is a sort of collective fantasy,” Bolton said. “For a lot of people, I think a lot of images of China are formed through filmic references, just as a lot of American ideas in Chinese imagination are informed by American movies. To me, it was important to film weaving throughout the exhibition.”

Bolton only recently saw the movie for the first time, and said a highlight was being able to “see the designers and their guests engage with the exhibition so deeply,” which came as a bit of a surprise to him. “I always think they just breeze through it to get to cocktails.”