The new “Spirit of Travel” spots, slated to break in an array of April magazines, exalt the French brand’s travel heritage. 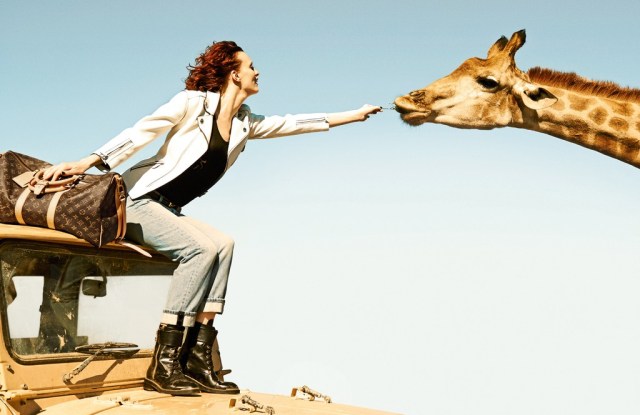 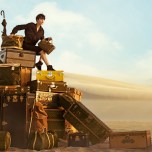 The new “Spirit of Travel” spots, slated to break in an array of April magazines starting with Vanity Fair in the U.S., exalt the French brand’s travel heritage and reprise a tag line from historic Vuitton campaigns by Jean Larivière, who depicted products against landscapes steeped in serenity.

The fancy threads didn’t stop these daring women travelers from interacting with creatures. In one shot, Elson reaches out to offer a giraffe some leaves; in another, Campbell, a skilled horseback rider, sits astride a zebra.

Winckler noted that none of the photos were manipulated, meaning all of the animal interaction was real, including Campbell’s synchronized stroll with a cheetah.

The campaign was styled by Carine Roitfeld, and also spotlights Vuitton’s iconic monogram bags — Speedy, Keepall and Neverfull — along with two new styles, including a structured, ladylike one.

An online film is to launch in tandem with the print ads, Winckler noted.