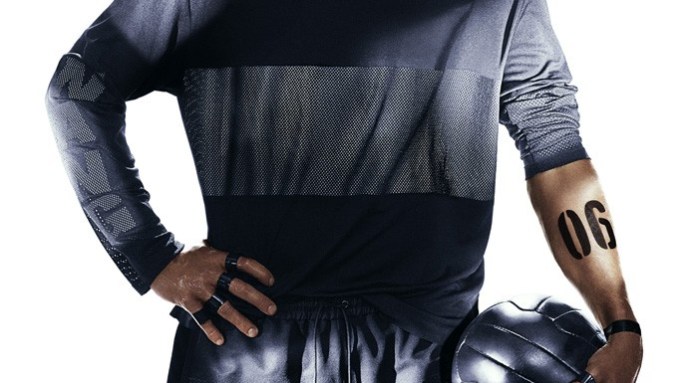 ANOTHER HERO: Alexander Wang’s advertising for his one-off collaboration with H&M features a hockey stick and boxing gloves plus a couple of real athletes: soccer player Andy Carroll and kickboxer Rivaldino dos Santos.

Mikael Jansson photographed the two men as well as models Joan Smalls, Raquel Zimmermann, Isabeli Fontana and Natasha Poly for a print campaign that is slated to break in an array of dailies and monthly magazines starting today, with Poland among the first to roll out. Wang’s “ultimate dream team” is also to appear in a TV commercial, which starts airing on Oct. 30, and an online film.

“We wanted to take certain elements of each sport and portray the ultimate warrior,” Wang told WWD. “The girls had to feel big and heroic, and Mikael used sunlight glares to heighten that effect against a stark white backdrop.”

Wang’s collection for the Swedish retail giant is slated to launch on Nov. 6.