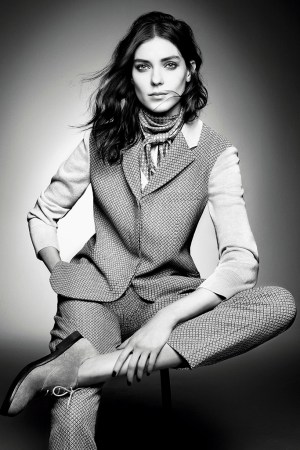 Giorgio Armani is launching the first campaign for its New Normal line.

The brand’s new women’s wear range, which includes classic, timeless designs infused with the signature Giorgio Armani style, made its official debut in the label’s store this month.

To coincide with the launch of the first fall 2015 New Normal collection, the company is unveiling a dedicated advertising campaign, appearing in the July issue of international publications.