Her husband Justin Ervin photographed her at her childhood home in Nebraska, where she was self-isolating with the family during the pandemic.

Ashley Graham inside a white house on a hill.

LONDON — Harper’s Bazaar U.K. is keeping its esprit de corps high and producing content remotely from home for its July issue while the country is under lockdown.

Ashley Graham appears on the cover, shot by her husband Justin Ervin, who is a director and cinematographer, at her childhood home in Nebraska, where she has been self-isolating with her family during the coronavirus pandemic, while members of the Harper’s Bazaar U.K. team monitored the shoot from their homes.

The curvy model showcases intimate moments with the magazine and pens a letter to her newborn son, Isaac, in the issue.

“Justin saw this one little white house on a hill, and that became the focal point for the whole shoot,” said Graham. “I did the styling and helped art direct. Michael [Ashley’s mother’s boyfriend] was Justin’s PA, lighting man, assistant, the guy who did the Starbucks run. My mom was taking care of Isaac the whole time, carrying him in a front-facing sling, but she was also holding a light reflector.”

“It’s not every day I get to work so closely with my family, and this cover shoot was a true family affair, which was an amazing experience. I always love working with my husband, Justin, because we communicate so well, and we shared the same vision for this shoot, channeling simpler times with open spaces, rolling hills and tall grass,” she added. 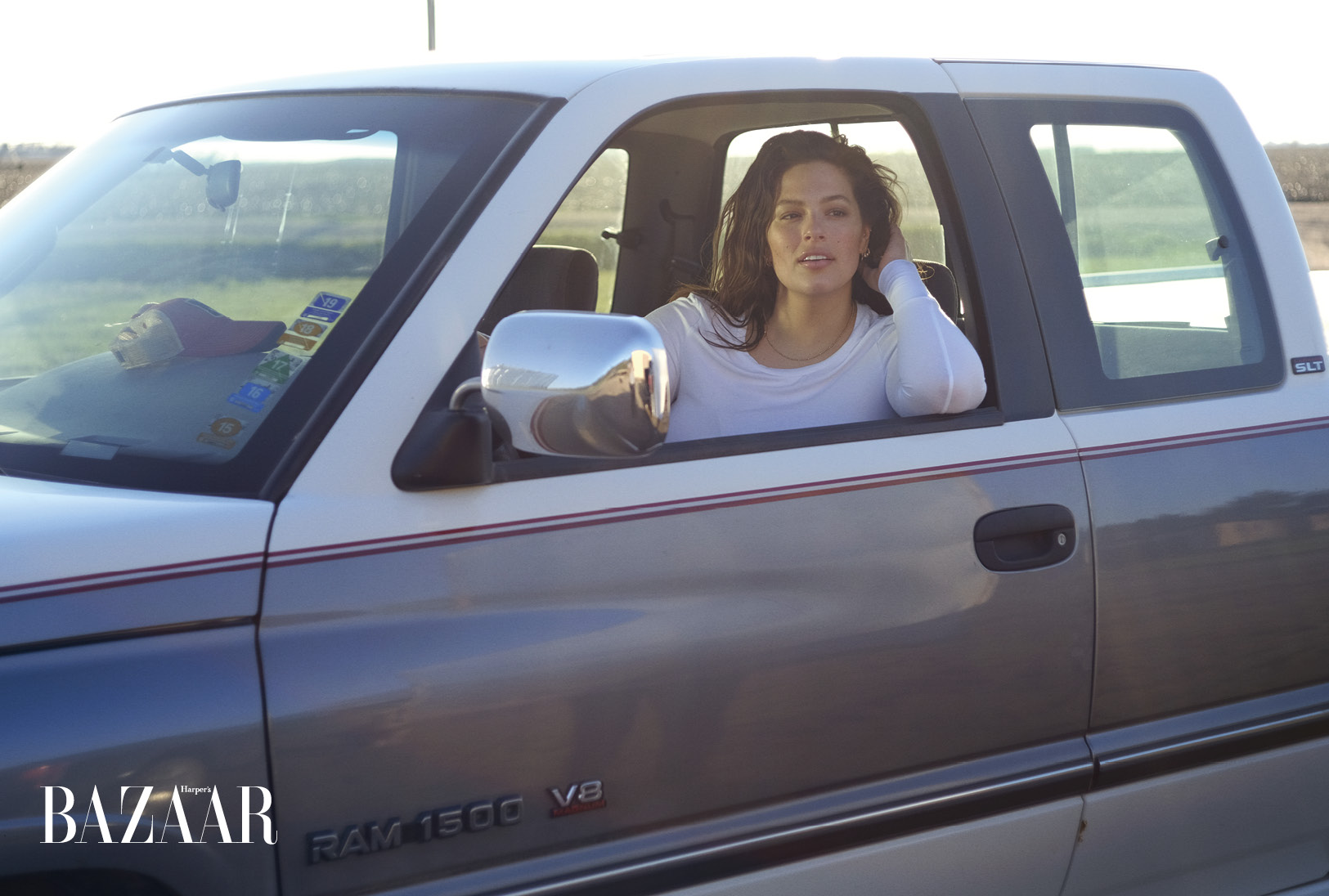 “We took one picture inside my grandfather’s truck. He passed away six years ago and my mom left everything inside the same, from his ChapStick to his license in the visor and the money in the ashtray. I remember looking at the photo and thinking, ‘This is so cool. The four of us put this together, and it’s so cinematic.’ It’s a beautiful moment to look back on during these weird times, and to remember that we had so much joy,” Graham added.

Lydia Slater, acting editor in chief of the magazine, said: “‘We had been in talks with Ashley Graham for months to secure her first cover after the birth of her baby, Isaac. The shoot was planned to take place in a New York studio, and the look was going to be stripped back and sophisticated.”

But as COVID-19 hit the city, Graham decided to return to the family home in Nebraska and cancel the arrangement, but Slater eventually managed to ask Ervin to shoot the pictures instead. The magazine sent the clothes to Graham’s family home.

On the shooting day, Ervin sent through pictures via WhatsApp to the magazine’s creative director Jo Goodby, who fed back her comments directly on camera angles, looks and set-up. 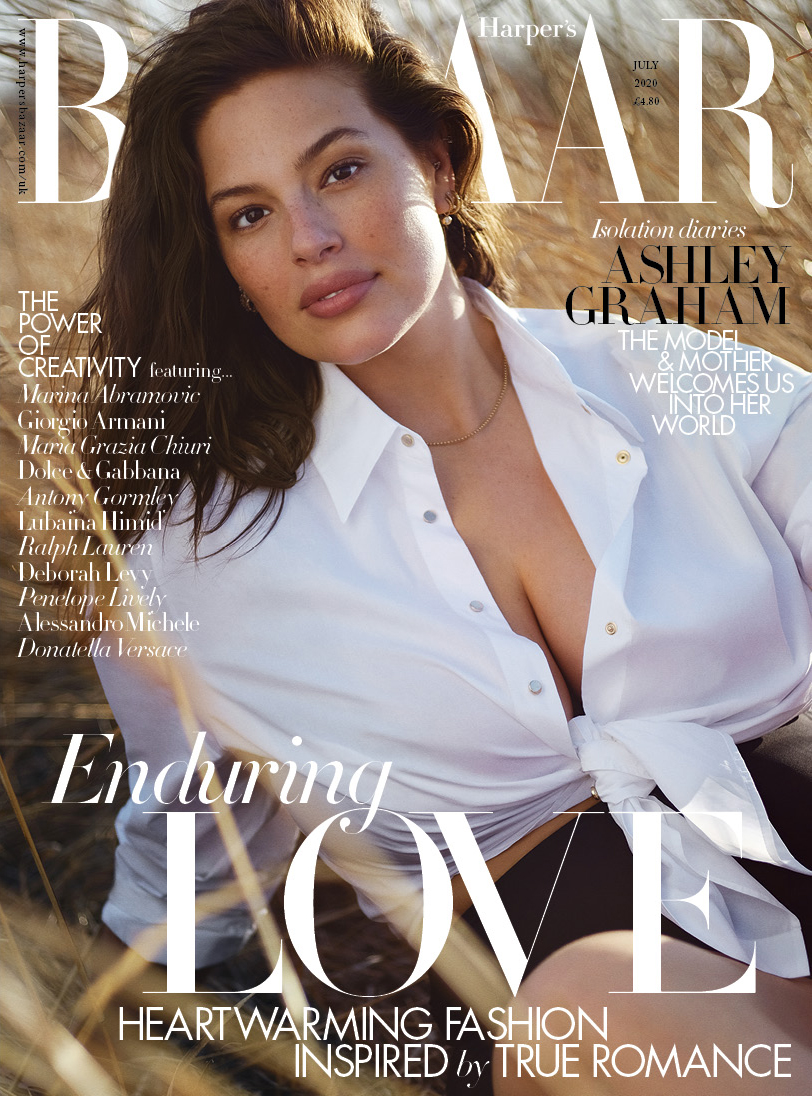 Producing a magazine under lockdown is challenging, particularly given the limitations of domestic WiFi, alongside the fact that many of the team have young children at home.

Slater said her team has tried to maintain their spirit with daily meetings on Zoom and Slack, with individual teams having regular quiz nights and after-work virtual drinks.

“For the July issue, for example, our fashion director Avril Mair sent pre-fall looks to the home of one of our favorite photographers, who shot it worn by his wife, in the garden of their home. Again, it’s a really beautiful and intimate shoot. We have also been making more use of illustrations to enhance existing imagery. The process is much more labor-intensive, but I think, if anything, that the magazine looks even more beautiful than before,” said Slater.