By Alexandra Steigrad on May 1, 2014
View Slideshow 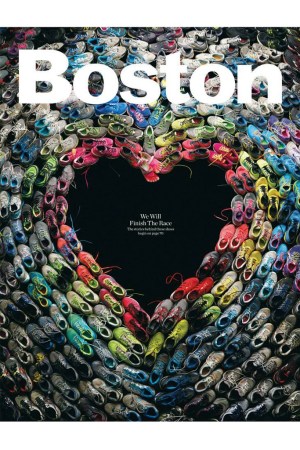 ASME CROWNS BEST COVER, TALKS VIDEO: Media types braved the rain Wednesday to attend the American Society of Magazine Editors luncheon in Manhattan, during which the organization crowned the best magazine cover of the year. The group also delved into issues facing magazines today, including whether video is really what readers want, despite advertisers’ demands.

First came the contest, which featured nominees including W Magazine for its Yayoi Kusama polka-dot George Clooney cover, Bloomberg Pursuits for a cover depicting an alligator clenching a green clutch in its jaws and New York Magazine’s cover of Michael Douglas in drag queen makeup.

Boston Magazine beat out its design-heavy rivals with its commemorative cover on the Boston Marathon, depicting running shoes styled in such a way that the negative space around them depicted a heart. In the Readers’ Choice Award, they were polled via social media to pick a favorite and chose Atlanta magazine’s cover of “Walking Dead” star Norman Reedus.

Tyrangiel asked the panel about video, aka the “hot word in every business office at every publication,” noting that “everybody” from the advertising side is “demanding” it even though his readers aren’t as interested. He addressed each editor about how their publications are folding video into their editorial strategies.

Moss said that while he’s very interested in the idea of video, New York is “so far from anything that feels like it’s delivering. To me that’s the great frontier…most publications have not figured it out.”

Buzzfeed’s Smith chimed in, offering that his company has indeed “figured it out.”

Points said her audience is “very young,” and that her company has been filming a lot of “how-to videos,” as a result.

Tyrangiel noted that the business newswire has encountered challenges in getting readers to click on news-centric videos. Conversely, videos on luxury items are not a problem.

“Can we get anyone to watch anything that doesn’t have an expensive boat in it?” said a frustrated Tyrangiel. “Our challenge is to put a broader sensibility in it… [with news] I cannot get people to watch it.”

“Cats using a toilet,” however, don’t seem to be a problem, Buzzfeed’s Smith noted, to laughter.