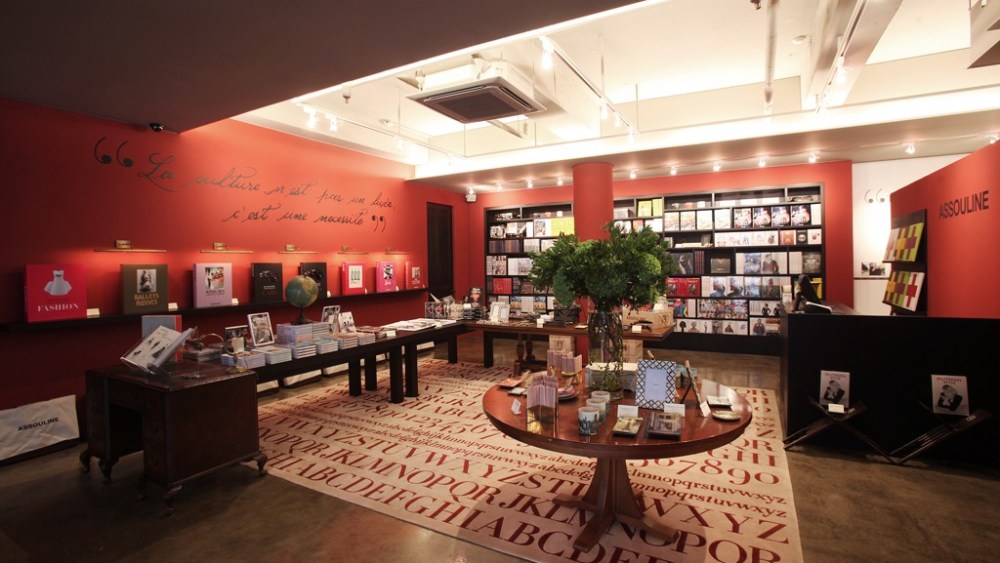 SEOUL — Fashion and art book publisher Assouline is venturing into Asia, opening a hybrid café, bookstore and art gallery space in this city.

The first ever Assouline Lounge aspires to become a cultural hotspot in one of the most expensive areas of Seoul. The 3,800-square-foot locale is located in front of Dosan Park in Cheongdam-dong in between the Hermès and Ralph Lauren flagship stores.

“I wanted to open in Asia, and didn’t know if we should open first in China and Hong Kong,” said Prosper Assouline, the brand’s founder and chief executive who traveled to Seoul to host an opening party Wednesday night. “But Cindy Hahn, our partner for this venture, convinced us that Seoul was the right location for us to test our foray into Asia.”

Hahn, who was formerly the head of MCM’s business in the United States, is the president and chief executive of Assouline Korea. She said Assouline had been thinking of opening a store in the city for years and has been encouraged by the Korean luxury market’s recent growth.

Even the carpets are covered in Didot-typeface lettering, while one wall is devoted to the Impossible Collection series — books that are more works of art than books, with hand-crafted pages featuring photography produced by Assouline according to subject.

“This is a new proposition in Korea — a luxury brand on culture,” said Prosper Assouline. “Every book is a movie, and contains dreams, and this is a space for that culture.”

The VIP reception on Wednesday night brought out some of the most influential icons in Seoul society, from political figures and entertainers to socialites and business people.

The former Prime Minister Jung Woon Chan gave a whimsical address to the audience, stressing the importance of books and cultural spaces to society, while the guests mingled in and out of the gallery area and the beautifully decorated VIP room — reminiscent of a French velvet-and-silk boudoir — reverently touching the large hand-bound books.

“It’s such a comfortable, yet interesting space,” said Korean singer Insooni, who rocked a tight white mini-dress for the event. “It’s quite delightful.”

“I think it’s about time Seoul got this type of beautiful bookstore,” said Kyungmin Lee, creative director of the Vidi Vici cosmetic line. “I think Assouline will contribute to the rediscovery of the magic of books in Korea.”

Although the store officially opens next Monday, orders have already come in for two Assouline-branded Goyard trunks, priced at $20,000 each.

The most expensive book on display is a limited edition of “Gaia,” priced at $7,000. The tome is the first photography book by private space explorer Guy Laliberté, founder of Cirque Du Soleil. The artist’s edition has a topographically embossed cover and comes with a linen clamshell case.

The café menu features champagne, wine and French cuisine selected by Prosper and Martine Assouline, while the gallery space will showcase art by Asian and European artists.

While the publishing house has not yet published a book with Korean content, there are a number of Korean concepts in the beginning stages. “We will begin deconstructing the cultural DNA in Korea,” said Assouline.