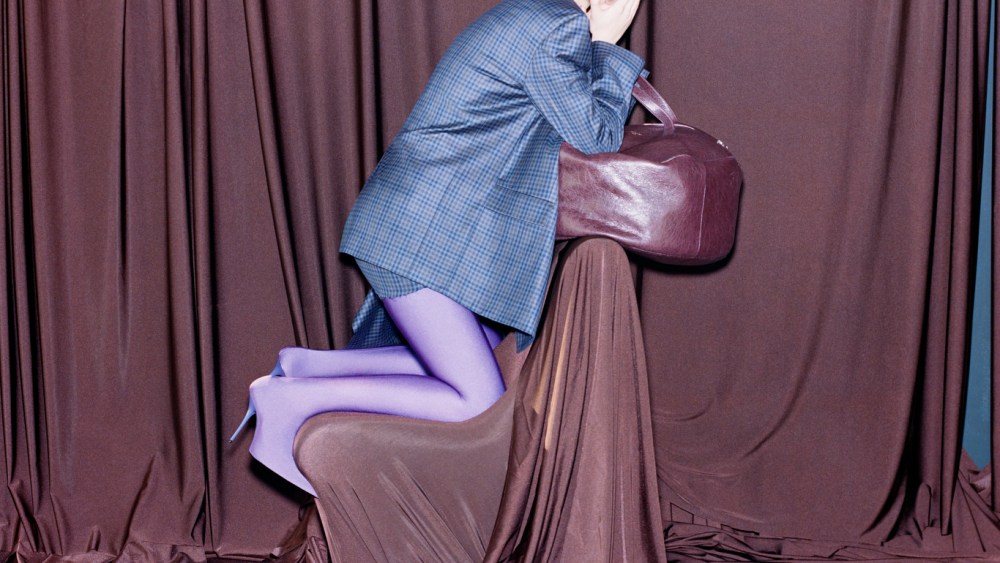 NEW FETISH: After hitting the streets for his first Balenciaga campaign last fall, Demna Gvasalia opted for theatrical drapes to offset his fetish-tinged sophomore collection for the Paris-based fashion house.

The images, shot by Harley Weir, feature models wearing skin-tight high-heel legging boots in shades of pink, lilac and red, topped with everything from a boxy wool suit jacket to a slick black hooded cape.

“The series re-echoes the fetishistic wit which played through the collection,” the brand said. “Inspired by the tactile, stretch-to-fit properties of Spandex, enhanced pop-florals and the house codes, such as rainwear, her photography places the Balenciaga woman in an imaginary space, a place of avant-garde pleasures.”

Styled by Lotta Volkova, who collaborates regularly with Gvasalia on his collections for Balenciaga and Vetements, the shoot features models Sunniva Vaatevik, Alek Wek, Amandine Renard, Shujing Zhou and Litay Marcus alongside Lebanese actress and model Carla Daher and New York artist Eliza Douglas, who both walked in the Balenciaga show last October.

Holli Smith did the hair, Inge Grognard the makeup and Mei Kawajiri nails. The spots are slated to break in the March issue of publications, set to hit newsstands starting from the end of January.

Even as it marks a break from the unvarnished street shots of last season’s campaign, the campaign remains faithful to the spirit of Gvasalia’s signature imagery, with its calculated mix of exaggerated silhouettes and nonchalant poses.

Speaking about his creative method last season, Gvasalia said the layouts of the visuals are key. Meanwhile, he takes a wardrobe approach to the Balenciaga collection, starting his creative process with a list of garments.

Although his designs have been worn by everyone from Rihanna to Céline Dion, the creative director has so far resisted the lure of a celebrity brand ambassador. “The new Balenciaga women, the women who wear the clothes, are my celebrities,” Gvasalia said.