Brand has also produced a video clip with original music. 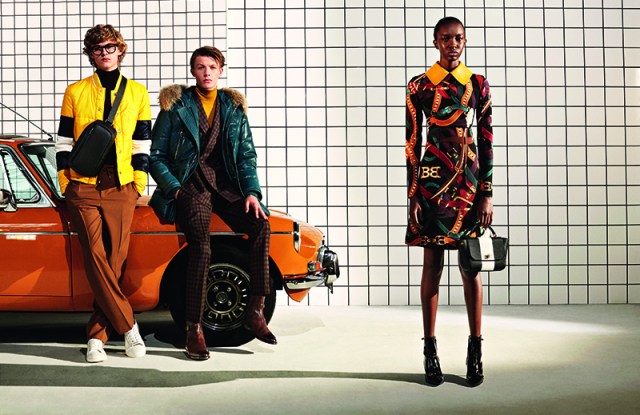 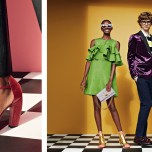 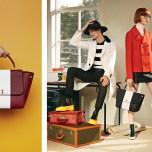 The collection itself was packed with color and inspired in part by the films of John Waters as well as by the arty, laid-back, intimate work spaces of David Bailey and David Hockney in the Seventies.

The brand had previously worked with Fabien Baron and Franck Durand. Coppola said he was struck by Davison’s “personal” images and liked the fact that he’s a fan of Bailey’s.

In an interview, Coppola talked about the photographer’s ability to capture intimacy in his work. “There is real emotion there,” he said.

Coppola also wanted to do away with the “one male, one female model” formula and have a larger cast, which he described as being from “different ages and nationalities, just hanging around in someone’s studio. I wanted it to feel more animated.”

He worked with Davison to create images aimed at different consumers, publications and environments as shopping malls or light boxes in retail stores.

There is also a video clip that will be used on social media featuring a song, “We Got an Adventure,” performed by the band Jesiah.

Shot in London at Sunbeam Studios, the campaign was styled by Jonathan Kaye and art directed by Durand.

The campaign breaks in the Autumn issue of Love on July 25 and will appear in Vogue’s September issue; October issues of Vogue, Elle, Vanity Fair, Harper’s Bazaar, Tatler, GQ, Wallpaper and Esquire; the November issue of Monocle, and the fall issue of The Gentlewoman.

The brand said it is also planning a “robust digital and social media campaign.”

Separately, Coppola has conducted an interview with Davison in the fall edition of the Bally Journal, which will be released in store and online in August.