Bargain Hunters Come Out of the Closet 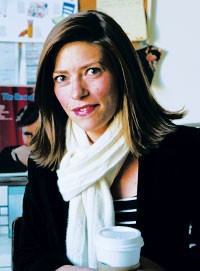 Miller, clutching the large pewter owl pendant around her neck, one of nine she owns, admitted that there’s a downside to bargain hunting for a living. “I went through a bad porcelain dachshund phase,” she said.

For the most part, though, the editor, who’s 33, is pleased with where she finds herself.

After launching in the fall of 2002, Budget Living has garnered awards from Adweek (“Start-up of the Year”), Advertising Age (“Launch of the Year”) and Samir Husni, aka Mr. Magazine, who named it one of the top launches of 2002. Then on May 5 of this year, the magazine surprised the industry by taking home the National Magazine Award for general excellence in the 250,000 to 500,000 category, edging out Details, Teen Vogue, Bicycling and Texas Monthly.

Center stage at the Waldorf-Astoria is hardly where Miller expected to end up when the chairman and chief executive officer of Budget Living LLC, Don Welsh, first came to her with the idea for the magazine two and a half years ago.

“I almost had to be dragged to take the meeting. I was not looking ever, ever in my life to work at another start-up,” said Miller, who was on hand for the 1994 launches of Saveur and Garden Design and the 2001 launch of Organic Style. What changed her mind “was the idea of taking the level of aesthetics” of a W, Vogue or Travel & Leisure and applying that to an affordable-lifestyle publication. As Miller says, “Even if you’re in Mississippi, you may not have the style level of someone in New York, but you want to pretend that you do.”

The magazine Miller and Welsh created is equal parts DIY, financial advice, shopping, shelter and entertaining. Though the mix is unique, the format borrows heavily from Martha Stewart Living, ReadyMade and Lucky. Publisher Scott Willett calls it “a guide to the good life at an affordable price.”

“The publishing business was behind the retail business when it came to trusting that the masses had style,” said Miller. “Everyone I knew in the design or style business was mixing Salvation Army with Manolo Blahniks, shopping at Ikea. Even Karl Lagerfeld was using two Ikea beds in his living room as daybeds. No one [in publishing] was admitting to that yet.”

Today, though, in the era of “masstige,” with Lagerfeld designing for H&M and Isaac Mizrahi doing the same at Target, high-low coverage has become the norm, even for aspirational titles.

Miller conceded, “The market has gotten more sophisticated. We’re seeing more and better things from affordable manufacturers.” Talking about the early days, she said, “We had to train people how to loan us merchandise, which helped,” but also, perhaps, made it easier for competitors to edit and show lower-priced goods. Wal-Mart, after all, now puts out a look book.

“Places like Wal-Mart, they just weren’t used to working with magazines before,” said Miller. “Now we know — here are the three lines they make we want to see.”

While Budget Living has managed to avoid the sophomore slump — advertising revenues are up 32 percent over last year; the magazine is now averaging 70 ad pages per issue, up from an average of 60 pages last year, and the rate base jumped to 500,000 with the August/September issue — there are signs that an even more competitive market lies ahead. Condé Nast is gearing up to launch Domino, a shelter shopping magazine, in 2005. Martha Stewart Living is undergoing tweaks to distance the title from Martha Stewart, who is about to begin her five-month prison sentence.

“I think competition is good,” said Miller. “It’s healthy. It proves you’ve got a category and only helps the ad sales team.”

The other immediate challenge for the editorial staff of 17 is to keep content fresh, especially given the magazine’s mounting commitments. There’s a newspaper column (syndicated nationally by Universal Press), two books (the second, “Party Central,” hits stores this month) and next fall Budget Living will increase in frequency to 10 issues a year.

Of course, Miller’s affinity for finding steals such as vintage owl jewelry or porcelain dachshunds makes her particularly well equipped to cover the market.

“Always, at other magazines, I was living a bit of a lie,” she said. “I was sneaking McDonald’s breakfast sandwiches at Organic Style. At Garden Design, I was covering gardens in the Hamptons while I was living in Harlem without a backyard. I almost liken it to the way people who started Out must have felt. Thank God there’s finally a magazine for someone like me.”