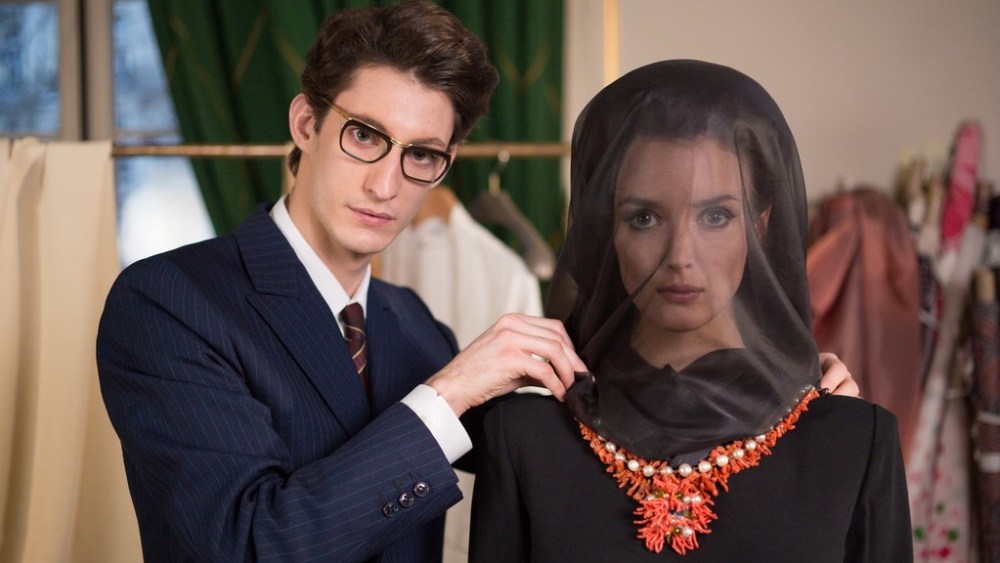 IN MEMORIAM: The battle between rival Yves Saint Laurent biopics is heating up.

Mandarin Cinema and Films Distribution have released an ad campaign for “Saint Laurent” showing lead actor Gaspard Ulliel as a dead ringer for the couturier, who died in 2008. The film, directed by Bertrand Bonello, is due to start shooting in spring and will reportedly star Jérémie Renier as Pierre Bergé, and Léa Seydoux as Loulou de la Falaise.

Meanwhile, Bergé has thrown his weight behind the rival “Yves Saint Laurent,” produced by WY Productions and SND. Helmed by Jalil Lespert, the movie will star Pierre Niney as the designer and focus on his love affair with Bergé, his lifelong business partner.

Bergé’s backing means the production will have access to Saint Laurent’s former atelier and vast archives. The Bonello camp is said to have secured the services of award-winning costume designer Anaïs Romand to recreate period looks, raising the prospect that Bergé could take legal action to block Saint Laurent reproductions.

PPR, which owns the Yves Saint Laurent brand, has so far refused to take sides in the battle, which recalls the race to complete warring biopics of Coco Chanel in 2009. Anyone looking to place bets should note that Films Distribution was the sales agent for “Coco Before Chanel,” which ended up obscuring “Coco Chanel & Igor Stravinsky.”