Beatles’ Fans Invited to Come Together at SoHo Pop-up

The pop-up will feature a wide selection of the Fab Four's branded apparel, accessories, gifts, toys and tree ornaments.

Attention Beatles fans: A limited-edition Beatles pop-up is coming to New York City for the holiday season. The shop will open Wednesday through Dec. 22 at 163 Mercer Street. It will offer a selection of exclusive Beatles-themed gifts, ranging from holiday sweaters, hats, scarves and tree ornaments to branded toys, turntables and even a Beatles pinball machine. It is aimed at women, men and children.

Sony Music’s The Thread Shop and Apple Corps Ltd. have created the pop-up, marking the first wave of products available under a new licensing agreement for The Beatles merchandising rights in North America. The Beatles’ North American merchandise license had previously been held by Bravado, a subsidiary of Vivendi’s VIVHY Universal Music Group, since 2013.

In an interview Monday with Kaki Stergiou, vice president, head of content at Sony Music Entertainment, and Frances Wong, head of design and creative for The Thread Shop, they discussed the merchandise offerings and experiential nature of the pop-up shop. 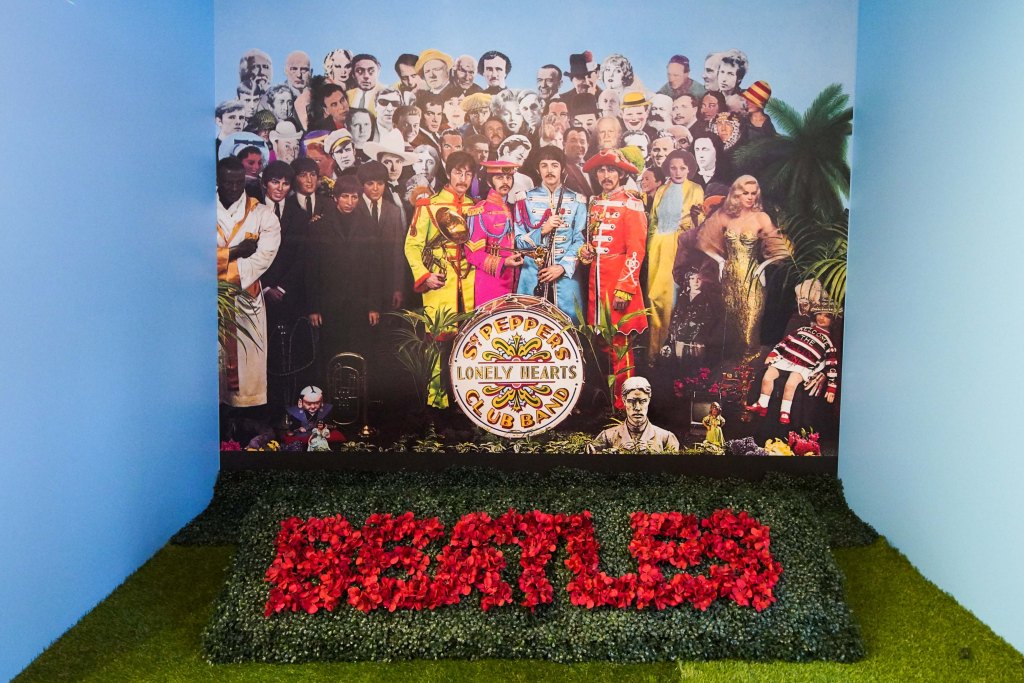 Wong said the majority of the merchandise was designed for this event, especially exclusive apparel items. “We’ve done a wide range of items, from hats and mittens all the way to the T-shirts to the hoodies, to the long-sleeve [T-shirts],” she said. “Really paying attention to a street trend, opposed to items looking very classic. We played on color and we played on tie-dye. Everything is Beatles logoed,” she said.

Wong said there are more than 100 stockkeeping units being offered. “It’s mainly to be able to hit all different price point ranges for everyone,” Wong said. Socks are $16, beanies are $25, short-sleeve T-shirts are $30 to $35 and jacquard knit sweaters are $100.

Among some of the gift items are a Beatles Singles collection 20-ounce mug at $16; Abbey Road Anniversary Edition at $22.98; The Singles Collection tin tote at $17.50; Happy Socks All Together Now at $16, and The Beatles cordless wool wall clock at $26.

At this point, no other pop-ups or freestanding stores around the country are imminent. “For now we’re just focused on this event for this year. When we go into next year, there will be talk of other events or other opportunities as well,” Wong said.

According to Stergiou, The Beatles shop measures about 1,200 square feet. “It’s meant to feel very beautiful, Instagrammable and active. We are putting the merchandise creatively within different scenarios in the space, so it’s going to feel less like a working store, and more like an experience,” she said. She said there will be different pods that people can step into from different iconic Beatles’ moments and take photos. 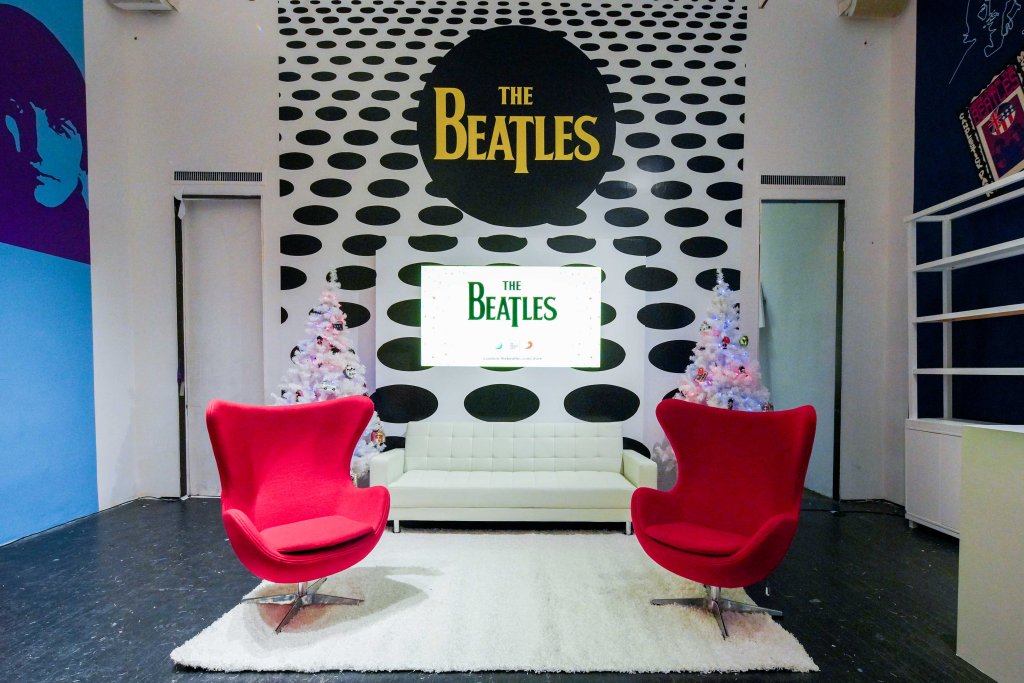 The facade of the building is colorfully wrapped in iconic Beatles imagery, while inside visitors will be able to experience and create photo moments from classic eras of the band’s history.

The store’s decor includes an Abbey Road floor decal leading guests from the front door into the rest of the space and three album decor vignettes — “Yellow Submarine,” “Sgt. Peppers Lonely Hearts Club Band” and “The White Album” — that incorporate merchandise and allow visitors to step inside and a Sixties Mod lounge. Other interactive features are an arcade area, a gift wrap station (called Help! with Beatles gift wrap),  a drum set reflecting The Beatles’ first TV appearance, and an authentic U.K. phone booth. The hashtag is #ShopTheBeatles.

“There are 3-D versions that fans, consumers and new fans can step into to experience iconic moments from The Beatles and their imagery. We’re being very playful with words. Every single moment in the store from the design perspective has been fully thought through, given today’s current climate in social media so everyone can share the space digitally beyond however many shoppers can make it through the store over the season,” Stergiou said. “We want them to be hit with visual experiences when they walk in. This is very. much a ‘please do touch.'”

There will be a Beatles playlist in the background, but nothing intrusive, Stergiou said.

Additional merchandise can also be purchased online at usastore.thebeatles.com. Beatles merchandise is also sold in such retailers as Target, Forever 21, FYE, and Hot Topic.

The store plans an opening party with music by Mick Rock at the pop-up Tuesday night, by invitation only.