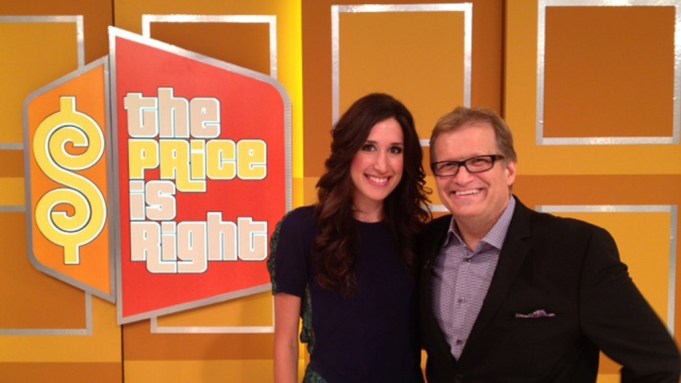 BEHIND DOOR NUMBER…: Danielle DiFerdinando, creative director and founder of Danielle Nicole handbags, has taken the p.a. concept up a step by appearing on “The Price is Right.” The big prize behind the sliding door? A handbag for each week of the year — totes, satchels, cross-bodys, clutches, iPhone and iPad accessories — 52 items in all valued at $5,000. The show was filmed in June and airs today on CBS.

“I was the first act. I opened the show. They opened up the sliding doors and there I was, with all the bags,” DiFerdinando said. “Drew Carey [the comedic host of the show] was on the other side of the stage. He interviewed me. He said I was one cool chick.” The contestant, a circus fire blower from California, played the tic-tac-toe round and won. “She was crying and shaking and couldn’t believe all the different styles she won. She just didn’t know what to do,” DiFerdinando said.