New York Magazine's The Cut threw a party for its fashion critic Cathy Horyn, who started the job six months ago. 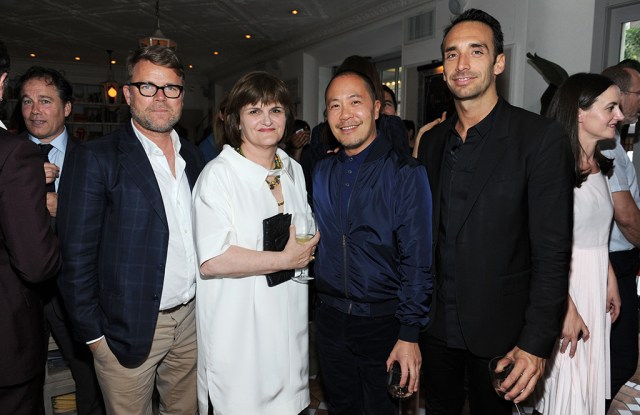 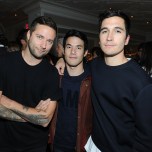 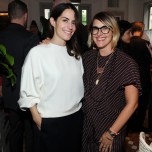 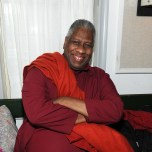 FASHIONABLY LATE: The timing seemed a bit odd for The Cut to throw a dinner party for Cathy Horyn, its fashion critic at large, six months into the job.

But quirkiness has always been New York Magazine’s thing, and none of the guests who came to Claudette Monday night to clink glasses with the venerable journalist seemed to care.

Horyn, who retired from The New York Times in 2014 after 15 years at the paper, signed on with The Cut in January to write reviews for at least a year. Her return to fashion — at a different outlet — was a coup, and one that wasn’t lost on The Cut’s editorial director Stella Bugbee, who credited New York Magazine’s executive editor Lauren Kern for recruiting Horyn, her former Times colleague.

Asked why the party came six months after Horyn’s addition, Bugbee shrugged and explained that her team finally had a moment to breathe, despite the steady churn of resort appointments.

“We’re throwing a dinner just to celebrate how good it has been so far,” said Bugbee, who clarified during her toast that this was an official “welcome” to the critic. “Cathy is not only brilliant, but she’s also wickedly funny and dry….It’s a pleasure when you’re sitting next to her at a fashion show.”

“The late, great Amy Spindler used to say to me “shut the f–k up” because what we were talking about was ‘wouldn’t that make a great wedding dress?’ It was beyond banal,” she said.

Horyn gave a shout-out to Kern, who lured her in by explaining that The Cut would provide her with a “new platform” that she didn’t have at previous gigs at Vanity Fair and The New York Times. There was also a “cool” factor that was lacking.

Now it was time for former colleagues — including Vanity Fair’s Aimee Bell and former Times colleagues Anita Leclerc and Eric Wilson (now at InStyle) — to squirm a little.

“When I got to The Cut, they did a party and it was all of these really cool young girls. And I thought, ‘I’m part of it! I’m part of a girl team,’” Horyn said, before turning to Bugbee. “She runs the most nimble, smart operation, and it’s a pleasure to watch — and she also does it without tension, which isn’t really true of The New York Times.

“But, I can say in all unbiased honestly that I love The New York Times, it’s also a great institution,” she offered, as she looked around the room at familiar faces. “We’re all kind of family.”

And one that she continues to work for, in a way: Horyn is writing a book about the Times and fashion.