Kicking off with the Golden Globes on Sunday, Calvin Klein Inc. is adding a new layer to its Calvin Klein Collection media strategy — television. 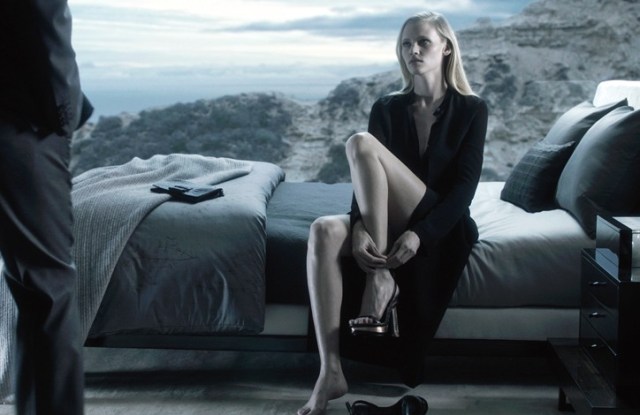 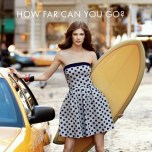 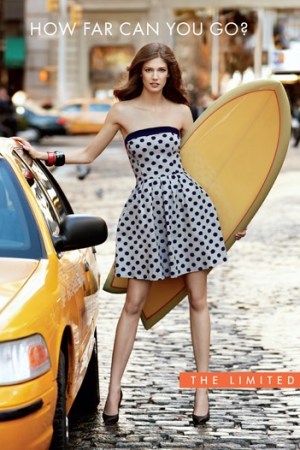 An ad for The Limited.

RUNWAY TO TV: Kicking off with the Golden Globes on Sunday, Calvin Klein Inc. is adding a new layer to its Calvin Klein Collection media strategy — television.

A rarity for designer collections, CKI will unveil its first-ever Calvin Klein Collection commercial during the pre-Globes red-carpet programming, which will run throughout NBC’s live broadcast of the awards and beyond.

There are 15-, 30-, 60- and 90-second formats, which will continue to run after the awards in 200 additional spots, including on “Extra,” “Access Hollywood,” “Today,” “Desperate Housewives,” “Modern Family,” “Anderson Cooper 360” and the NFL playoffs — expecting to reach more than 20 million viewers. For the next four weeks, it also will be shown on New York’s TaxiTV, which should result in about 2.7 million impressions, and on vogue.com.

Murry declined to disclose the size of the media buy, but the brand-centric clip can go well beyond this fashion season. “We feel it has a fairly extensive shelf life and we can run it again this year, or next year,” Murry said. “This is iconic Calvin product. We can run it in Milan or in Tokyo, or around a store-opening event, for instance. It really has multiple usages.”

BIG STEP: It’s not often that a chief executive officer gets emotional when talking about a new advertising campaign, but The Limited’s Linda Heasley has no other way of putting it. “The focus has never been on us [within the company], but this campaign represents a major comeback for us,” Heasley said from her offices in Columbus, Ohio. “I mean, we’re going to be in the pages of Vogue!”

Patrick Demarchelier shot model Kendra Spears (who will also appear in the new Calvin Klein campaign) in New York City, under the direction of David Lipman. “I was so taken by Linda and her passion for the brand,” Lipman said. “It felt so old fashioned to me. It’s just deeper than what I normally deal with. It’s old-school retailing. You can tell every customer really matters to her.”

Lipman put Spears on a city street, holding a surfboard, because he believes this laid-back image will resonate not just in Manhattan, but all around the country to the woman “who wants to dress with style, her way.” In addition to Vogue, the campaign will run in Elle, Glamour, InStyle, Lucky, Marie Claire and People StyleWatch.