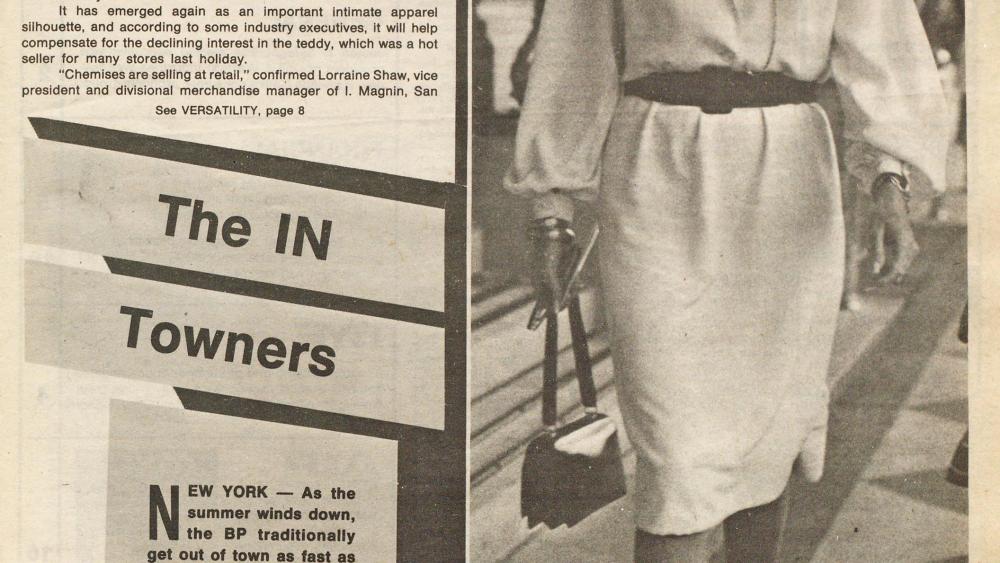 Before Bill Cunningham picked up a camera for The New York Times, he was a reporter and photographer for Women’s Wear Daily. In the early Sixties, Cunningham penned a regular feature on fashion, which provided incisive coverage of the people he would later meticulously document through the lens of his camera. For WWD, Cunningham chronicled street styles using clever turns of phrase and cheeky headlines, while often weighing in on issues that persist today.

Addressing the role of the designer as artist or artisan, Cunningham wrote: “What’s all this talk about realist designers? Since when is an artist, if only in the minor art of fashion, a realist? I don’t see how the two go together. I think a lot of people are mixing up stylists and true creative designers….No good designer was ever a realist. Only dressmakers and stylists who make pretty copies of designers’ work are realists. That’s why they know what to steal!”

In a punchy item written in 1962, called “Skinny Turkey,” Cunningham observed the role of fashion in the media versus the reality of how women dressed—a theme that would run under the surface of his work as a street-style photographer.

“The magazines lead a faithful public into accepting clothes and accessories most editors wouldn’t wear to a costume party. How can the fashion world be sincere when it’s double-crossing the public?” he wrote, before praising how the wives of businessmen at a party embraced fashion more than the editors who preached it in their magazines.

“What the fashion world does in private is its own business; but when they appear publicly, it’s to their own benefit to inspire women by wearing what they preach,” he said in a final flourish.

Cunningham passed away on Saturday, at the age of 87, after suffering a stroke about two weeks earlier. A beloved figure in the fashion industry, Cunningham, who is best known for his candid and street-style photography, was a fixture at fashion shows and on the streets of New York, where he was often seen riding his bicycle to events. One of his prime spots was in front of Bergdorf Goodman, on the corner of 57th Street and Fifth Avenue. Since his death, Cunningham devotees have been pushing for the city to pay him a proper tribute by renaming that corner in his honor.