As the search for the next editor at The New York Times Magazine turned into a parlor game, executive editor Bill Keller seemed pleased to stay above the fray. 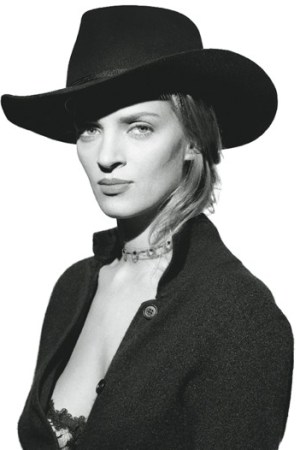 THE TIMES’ GUY: As the search for the next editor at The New York Times Magazine turned into a parlor game this summer, executive editor Bill Keller seemed pleased to stay above the fray, as, of course, any good Times man really would. It must have been just a little bit gratifying for him on Thursday to present a final pick that likely hadn’t appeared on many short lists around town. In a mid-morning memo to Times staffers, Keller wrote that Bloomberg Businessweek executive editor Hugo Lindgren had landed the much-sought-after job and will move into the building on Oct. 25. The letter confirmed an earlier report by the New York Observer. It will be Lindgren’s second go-round at the magazine, having first worked at the weekly during Adam Moss’ tenure, when he helped to develop its “The Way We Live Now” feature. Lindgren then followed Moss to New York magazine, where he spent six years as editorial director. He decamped to Businessweek earlier this year after Bloomberg purchased it, and helped to quickly overhaul the ailing title alongside editor Josh Tyrangiel.

That recent refresher in on-the-fly reinvention should prove useful at the Times. Outgoing editor Gerry Marzorati has overseen the Sunday standard despite stepping down in June (a move that had itself been rumored for months before that), and morale at the weekly is reportedly low. The vision for the magazine Lindgren sold Keller and company on remains to be seen, but he had boosters in his previous two bosses.

This story first appeared in the October 1, 2010 issue of WWD. Subscribe Today.

“Hugo is a good friend and I’m thrilled for him,” Moss said through a spokeswoman. “I look forward to his magazine. I bet it’ll be great.” Tyrangiel, meanwhile, vouched for his management skills.

“He has a wild energy that’s really constructive,” the Businessweek editor told WWD of Lindgren. “He’s in every story. He’s very good at being collaborative.”

Tyrangiel demurred when quizzed on what to expect from Lindgren’s magazine.

“I would let him speak to that,” he said.

Lindgren hadn’t replied to an e-mail as of press time.

WATSON ON WATSON: Very early in his career as a photographer, right after moving to the United States from London in the early Seventies, Albert Watson began shooting regularly for Mademoiselle, American Vogue and versions of the fashion title in Paris, Italy and England. But Watson admits it wasn’t long before he became difficult to work with in this context, because his pictures became too heavy. “By the time I got to the Eighties, I lost my light touch,” Watson said, during an interview in his studio in TriBeCa. “It was out of my control. I’m not saying you need 10 shots of angst in fashion photography, but I like some gravitas.”

Watson’s fashion photography is featured in a new book, “UFO (Unified Fashion Objectives),” a 40-year retrospective of his career that has models such as Kate Moss, Christy Turlington, Kristen McMenamy and Naomi Campbell, who he refers to as his favorite model. “I’ve worked off and on with her since she was 15,” he said. “And she drives me insane but she’s fabulous.” A photograph of Campbell is part of the 408-page book, which he proudly admits includes only one shot from a digital camera. “A lot of young photographers, if you put them in a dark room to make a print, they would have no idea,” he noted. “I made all these prints myself.”

As for photographing actors, Watson lists his most memorable shoot as the 50 minutes he spent one afternoon with Jack Nicholson. “He’s the easiest person in the world to photograph,” Watson recalled. “He walked in and said, ‘The usual?’ and I took two roles of film and I was finished. Because he throws it out there.” Watson, 68, has directed more than 200 TV commercials and shot ad campaigns for brands such as Prada, Gap and Chanel. “The fashion business will always depend on working with new and younger photographers to add something,” he said. “But the great advantage — and disadvantage — of what I do is that, stylistically, I’m not consistent. That’s what makes all of my books interesting. I will entertain you all the way through.”