The two French costars of “Blue Is the Warmest Color” will be featured in the brand's 2014 resort ad campaign. 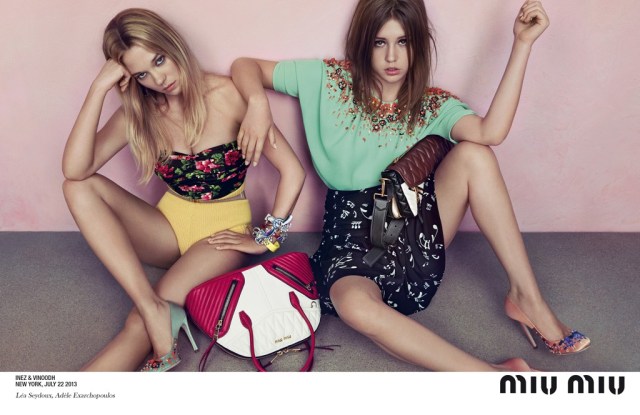 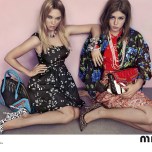 “BLUE” GIRLS: Miu Miu has tapped two of-the-moment actresses, Léa Seydoux and Adèle Exarchopoulos, for its 2014 resort ad campaign. The two French costars of “Blue Is the Warmest Color,” a controversial film that won the Cannes Film Festival Palme d’Or earlier this year and created buzz with its long and graphic same-sex scenes, were photographed by Inez van Lamsweerde and Vinoodh Matadin.

“Five flirtatious compositions capture their candid chemistry: an arm casually slung over a shoulder, leaning together in a mirrored pose, casually reclined across each other on the floor. The background wall in baby pink and girlish styling of the collection contrast with the actresses’ seductive presence,” said the company.

This story first appeared in the October 30, 2013 issue of WWD. Subscribe Today.
You're missing something!
SUBSCRIBE NOW