Executives past and present partied at Hearst Tower following the debut screening of the new PBS-style documentary film. 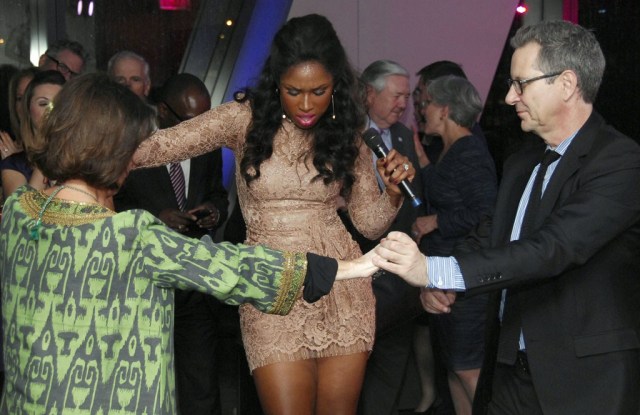 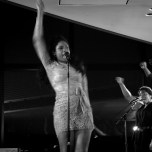 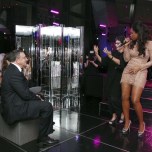 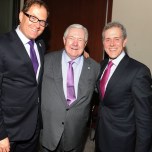 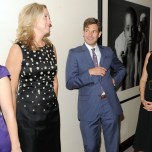 BOOGYING DOWN AT HEARST: Who knew Frank Bennack could dance? The typically buttoned-up chief executive officer of Hearst Corp. joined pop star Jennifer Hudson on the dance floor Tuesday night as she belted out her song, “And I Am Telling You,” to a large crowd of Hearst executives, past and present, on the 44th floor of the Hearst Tower. It wasn’t long before Elle Decor editor in chief Michael Boodro joined Hudson, as well as former Town & Country editor in chief Pamela Fiori. It was the kind of moment where you had to rub your eyes to see if this was really happening. What was next, a karaoke machine?

It seemed the crowd was ready for anything, as they finished a dinner of oysters, fried chicken and mushroom risotto prepared by Marcus Samuelsson. At one end of the room, an ice cream table was set up with four large KitchenAid mixers preparing artisanal ice cream, using liquid nitrogen, so puffs of white smoke escaping from the large silver bowls made the dessert area seem a little more interesting.

This story first appeared in the September 20, 2012 issue of WWD. Subscribe Today.

All the hoopla was connected to the debut of “Citizen Hearst,” a new PBS-style documentary that was screened at the Hearst Tower earlier in the evening, which traces the history of the media conglomerate from William Randolph Hearst to Helen Gurley Brown, featuring interviews with current editors and executives such as David Carey, Kate White, Jay Fielden, Glenda Bailey and Nina Garcia. New York City Mayor Michael Bloomberg stopped by to provide a few remarks, followed by Bennack. “A couple of years ago, I said to the Mayor, ‘If you do another term, I will,’” Hearst’s ceo said. Then Bennack added a subtle dig at “Citizen Kane,” the 1941 Orson Welles film loosely based on William Randolph Hearst: “We thought it might be a good time to tell the real story.”

Ralph Lauren, who was at the screening with wife Ricky, had a prominent role in the documentary, talking about his extensive advertising in Hearst properties. Bloomberg and Bennack both acknowledged the designer in their opening remarks. “I would get in trouble if I didn’t say everyone should wear Ralph Lauren clothes,” said Bloomberg.