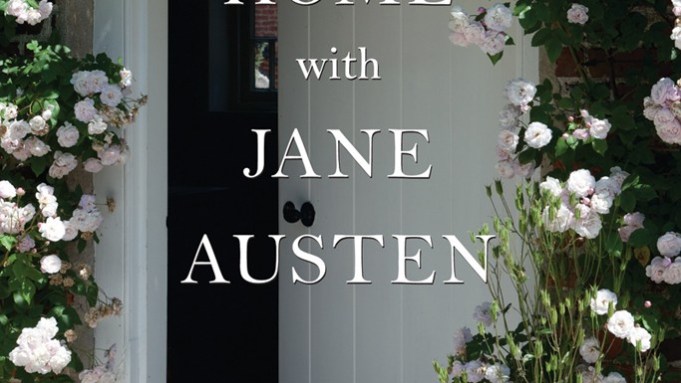 “It is very right that you should go to town; I would have every young woman of your condition in life, acquainted with the manners and amusements of London.” —Mrs. Dashwood in “Sense and Sensibility”

Jane Austen first visited London in 1788 when she was only twelve years old.

On the way back to Hampshire from visiting her great-uncle Francis Austen in Kent, Jane, her parents, and fifteen-year-old Cassandra stopped in London to break their journey. They dined with MR. Austen’s sister, Mrs. Hancock, and her daughter, Eliza de Feuillide, but presumably stayed in a hotel.

They may have taken the time to show the girls a little bit of the city and “the Amusements so various and pleasing in London,” as Jane called them in her youthful story “Lesley Castle.” Many of the characters in her juvenilia pieces, which she began writing about this time, yearn to go to London. In one of her later stories, “Catherine: Or the Bower,” Catherine’s (Kitty) aunt and guardian looks “upon London as the hot house of vice where virtue had long been banished from society and wickedness of every description was daily gaining ground,” and refuses to let Kitty go there. “Kitty…was the last girl in the world to be trusted in London, as she would be totally unable to withstand temptation.”

When Jane and her brothers Edward and Frank next visited London on the way to Kent in 1796, Jane knew that Cassandra would appreciate the joke, writing to her, “Here I am once more in this Scene of Dissipation & vice, and I begin already to find my Morals corrupted.” Jane, then 20 years old, and Edward and Frank, 28 and 22 respectively, enjoyed a London entertainment highly popular with young people. “We are to be at Astley’s to night, which I am glad of,” Jane wrote. (August 23) Astley’s Amphitheatre, near Westminster Bridge, featured displays of daring horsemanship and grand spectacles especially suited to entertaining the young. It makes an appearance in Emma, where John Knightley’s young sons and Harriet Smith and Robert Martin “were all extremely amuse.” The young Austens stayed in Cork Street, possibly at a hotel, or possibly with Benjamin Langlois, an uncle of their Lefroy neighbors.

On Jane’s future visits to London she stayed with her brother Henry, who had set up as a banker and an army agent in London in 1801. Henry had married his widowed cousin Eliza de Feuillide in 1797, and the couple lived at a series of fashionable London houses, all but one of which still stands. Henry’s first house was 24 Upper Berkeley Street (now a hotel), but though Cassandra stayed with Henry and Eliza in 1801, there does not seem to be any record of Jane visiting Henry in London until mid-May 1808. At that time the couple were living at 16 Michael’s Place (now redeveloped), in the western suburban village of Brompton. Jane stayed with them a month, taking in the sights, including seeing “the ladies go to Court on the 4th.” The Austens, like most of the gentry of London, chose to live to the northwest and west of the city proper.

The prevailing winds blew east toward the city, leaving the elegant terraces and squares to the west relatively free of city soot and fumes. Development of the areas where the Austens lived was new enough that many of the houses were surrounded by fields and farms. The district was famous for its nurseries and other commercial gardens that supplied the great markets of London. Walks Through London (1817) said that the area had “The appearance of a continual garden, with extensive nurseries of trees of various kinds; while the sides of the roads being enlivened by meadows and genteel residences of every description, the whole forms a picture of ease and happiness highly gratifying.”

Jane evidently took notes during her visits about the fashionable addresses of London and placed her characters’ houses accordingly. Her richer characters such as the Bingleys in Pride and Prejudice, the Rushworths in Mansfield Park, and the John Dashwoods, the Palmers, and Mrs. Jennings in Sense and Sensibility, live to the west and northwest of the city. But Elizabeth Bennet’s uncle and aunt Gardiner, who live “within view of his own warehouses” in the commercial eastern side of London, are in a much less fashionable area, making it unlikely that Mr. Bingley will visit there, as Elizabeth knows: “Mr. Darcy would no more suffer [Mr. Bingley] to call on Jane in such a part of London! My dear aunt, how could you think of it? Mr. Darcy may perhaps have heard of such a place as Gracechurch Street, but he would hardly think a month’s ablution enough to cleanse him from its impurities, were he once to enter it.” —By Kim Wilson

Excerpt from “At Home with Jane Austen” by Kim Wilson. Copyright (c) 2014 and reprinted by permission of Abbeville Press.