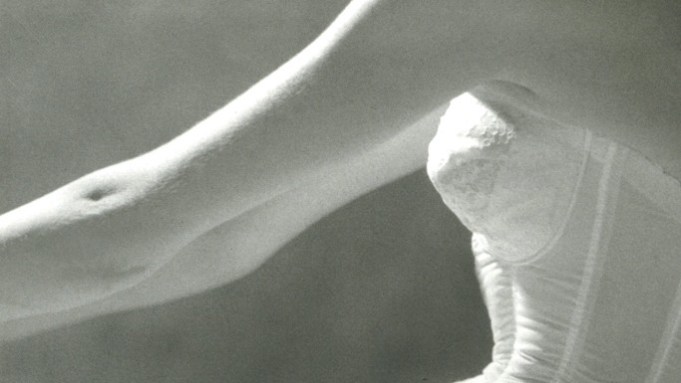 Lingerie is secret, sexual clothing; it touches the naked body and, like the body, it lies hidden beneath the outer layers of dress – to be revealed only under intimate circumstances.

Fashion, especially lingerie (women’s underwear), has often been compared to a second skin. This metaphor alludes to the tactile eroticism of soft skin and silky fabric. It also implies that a woman wearing only lingerie is simultaneously dressed and undressed – or that she appears to oscillate between the two states, embodying a continual striptease. In his 1883 novel Au Bonheur des dames, Émile Zola described the lingerie on display in a department store, saying that it looked “as if a group of pretty girls had undressed . . . down to their satiny skin.”

There are two types of lingerie: soft and hard. Soft lingerie includes drawers (underpants), chemises (slips), petticoats, stockings, nightgowns, camisoles, unstructured brassieres, and so on. Hard lingerie includes corsets (stays), girdles, hoops such as crinolines and bustles, and structured brassieres. For more than four centuries, women wore corsets or “whalebone bodies” – corps à baleine – a revealing expression that blurs the line between the body itself and the structured undergarment that embraces and shapes it. Édouard Manet, whose painting Nana (1877) shows the actress Henriette Hauser wearing a blue satin corset and silky white lingerie, once suggested that “The satin corset may be the nude of our era.” The corset has played a particularly significant role in the complex and ambiguous eroticism of women’s underwear, but all types of lingerie have aroused desire.

“Lingerie is an enthralling subject,” declared the English fashion writer Mrs. Eric Pritchard. Indeed, she went so far as to argue, somewhat blasphemously, that “The Cult of Chiffon has this in common with the Christian religion – it insists that the invisible is more important than the visible.” Nor was she alone in her enthusiasm, for the period from 1890 to 1910 has often been described as the great era of lingerie, and many writers devoted attention to the subject. Museum fashion collections support the argument that decorative and luxurious lingerie became much more prevalent late in the nineteenth and early in the twentieth century. But this raises several questions. Why did lingerie become such an important part of fashion at the turn of the century? What was women’s underwear like in previous generations? And what significance does lingerie have for us today? —By Valerie Steele