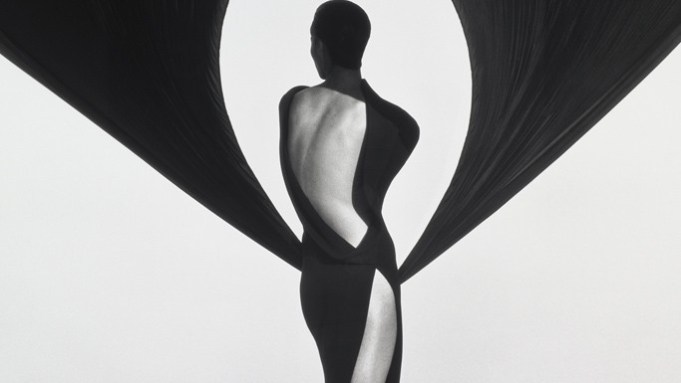 SHOWTIME FOR RITTS: As another indication of how fashion is becoming more of a drawing card with major museums, the Museum of Fine Arts in Boston is counting on next month’s opening of “Herb Ritts” to bolster attendance. A 1996 retrospective entitled “Herb Ritts: WORK” was one of the MFA’s most popular exhibitions, with more than 250,000 visitors. The museum averages about one million visitors annually.

Held in part to attract more pop culturally minded guests, the 1996 Ritts show was controversial for its nude portraits of supermodels and barely-dressed Hollywood types. It was also the first major museum exhibition of Ritts’ work and it subsequently kicked up the age-old “Is fashion art” debate? The new Ritts show opens in Boston March 14 and will run through November 8 in the Herb Ritts and Clementine Brown galleries. The Los Angeles-born photographer died at age 50 in 2002. The Herb Ritts Foundation has given a print of all the images that were featured in the MFA’s 1996 show, including 37 that will go on view next month. It also donated $2.5 million to the museum in 2007, and has supported the museum’s first gallery dedicated to photography.

The upcoming Ritts show celebrates the human body (sometimes clothed, often not) which the lensman often zoomed in on dramatically. It will also reflect Ritts’ partiality for Californian sunshine and easy living.