Inside the GQ Heroes event

LONDON — Rihanna and her ever-expanding Fenty brand dominated the style — and political — agenda this week: Even before news of Rihanna’s tie-up with LVMH Moët Hennessy Louis Vuitton for a Paris-based luxury maison broke, Philippa Price, creative director behind Savage x Fenty, was criticizing the conventional lingerie model, and Fenty Beauty x Rihanna was launching at Boots in the U.K.

Price was among the speakers at the first GQ Heroes event, a three-day luxury and lifestyle conference hosted by British GQ at Soho Farmhouse, in Oxfordshire, England. The event gathered a small crowd of the magazine’s most loyal readers and the conversation ranged from Brexit to social conscience and luxury branding, with speakers from the worlds of fashion, politics, the arts and technology.

Price said the current lingerie model was outdated, and Fenty’s mission was to usher in change.

“The ideal woman the market has defined hasn’t changed since the Fifties. It’s stuck with this Barbie doll image, and our aim is to shutter that and redefine the new woman,” Price said. “It’s not about shape or color, but about women exuding a sense of confidence wherever they might be from. That’s why we end up with such a diverse cast, it’s not about ticking boxes.”

Transgender model and activist Munroe Bergdorf, who recently criticized Victoria’s Secret for its outdated view of femininity, echoed Price’s thoughts and spoke about the shifts that need to happen from within to see genuine change. 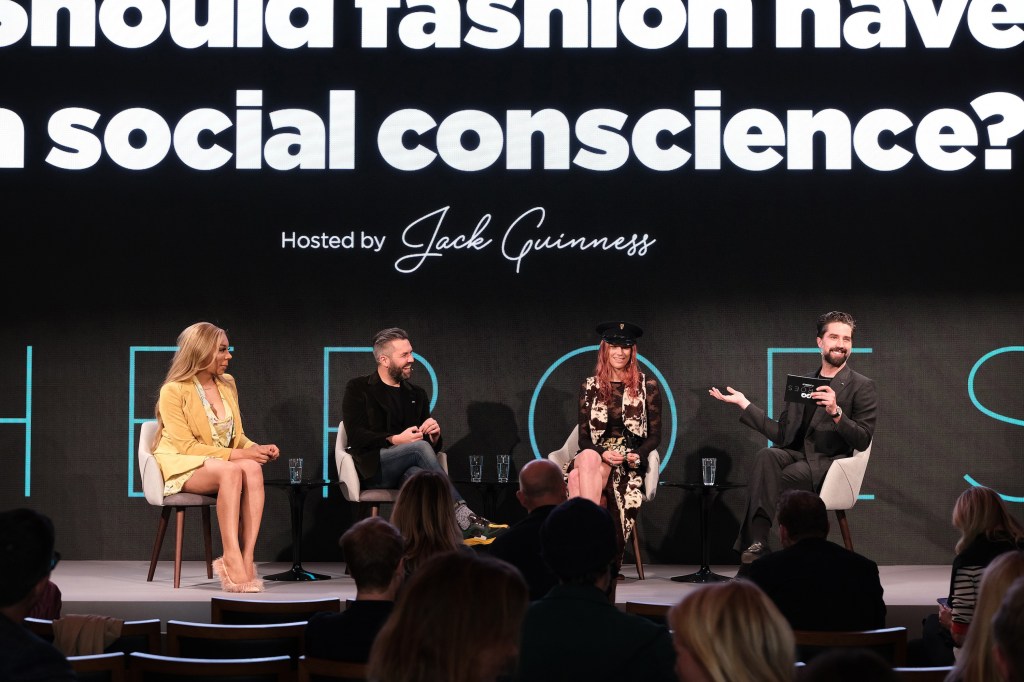 “By saying they won’t use transgender models because they are selling a fantasy, Victoria’s Secret is narrowing that fantasy — and their client base — down, saying they don’t want those people’s money basically,” Bergdorf said.

“It’s men making those decisions, which has such an impact on a product that’s so personal and intimate. The people [who] could be flagging those offenses are not in the room.”

So how does a brand communicate in an age of social and political correctness? “Social conscience has instilled a bit of fear, but if you are true to your story as a brand, you shouldn’t be afraid to make mistakes and stand by them,” Price said.

Richard Branson looked back at his 14-year journey building Virgin Galactic, with his first trip to space coming up later this year; Tracey Emin gave a heartfelt talk about using art to find strength during difficult life moments, and the British politician Chuka Umunna spoke of his decision to form a new party that will back an anti-Brexit campaign and offer a more modern outlook on politics.

Executives and creatives from the likes of Versace, Orlebar Brown and Alyx weighed in on the future of luxury.

“In the past, kids at record shops were the most knowledgeable, but now everyone is the kid at the record shop because of all the information that’s out there. Our customers know more than the [wholesale] buyers buying the product,” said Alyx creative director Matthew Williams, highlighting the importance of community that has been at the heart of streetwear culture from the get-go.

Williams, who sees his label as “a blend of different models” and not purely dedicated to streetwear, has also been working to move the brand’s supply chain to a more sustainable space. He said he plans to introduce new blockchain technology at the Copenhagen Fashion Summit later this month, as well as a new Nike sneaker created using eco-leather and sustainable dyeing methods.

Technology and sustainability are also a top priority at Versace. In a conversation about modern luxury, Versace chief executive officer Jonathan Akeroyd spoke about the Italian label’s plans to introduce a “virtual prototyping system” in a bid to reduce waste. 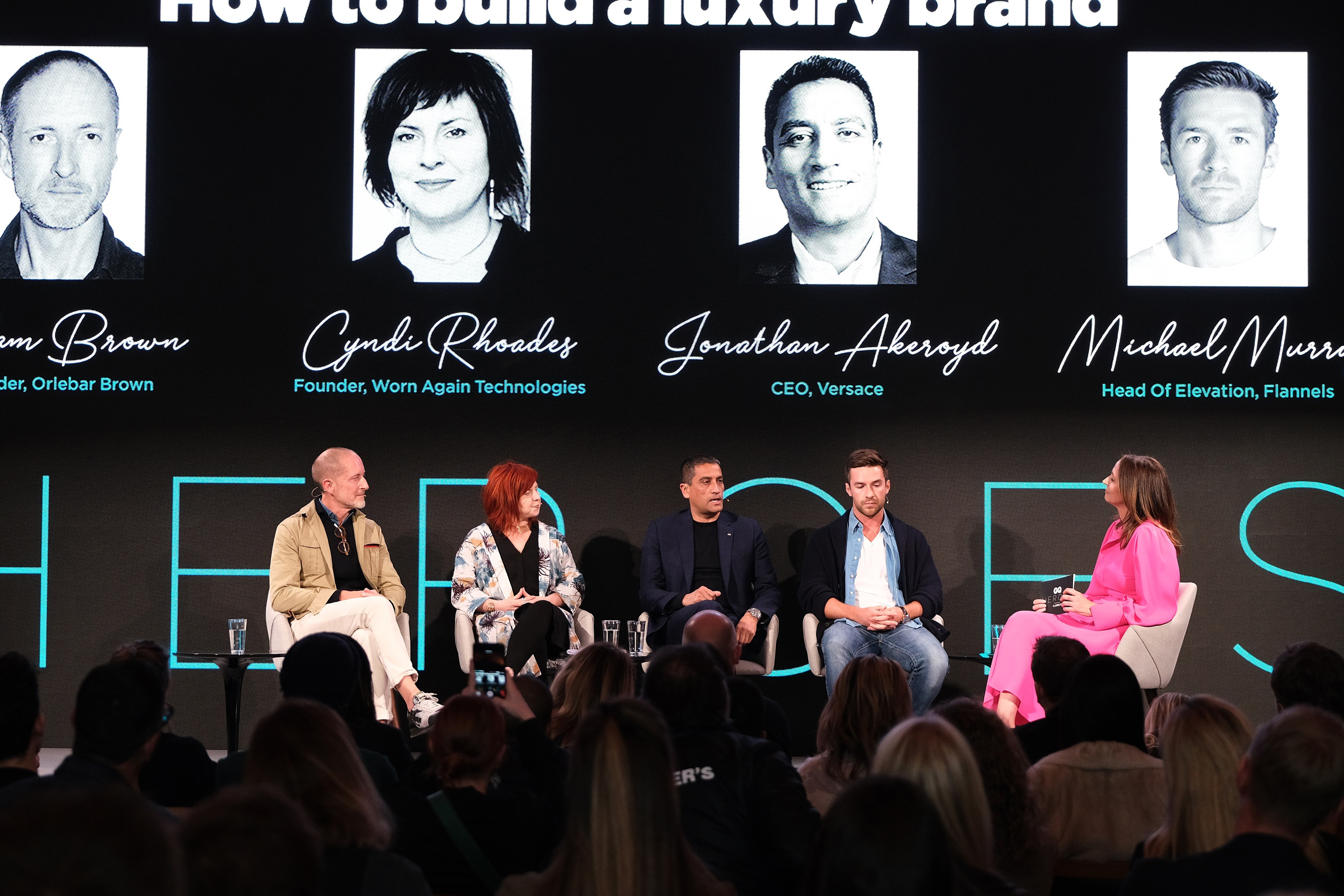 Inside the GQ Heroes event  Courtesy of James Mason

“You wouldn’t believe the amount of waste created from making prototypes for showrooms. We’ve been implementing technology to deal with the issue, and also using more digital printing. You can really make the difference in the supply chain,” said Akeroyd, adding that as brand loyalty erodes and the customer is becoming more sophisticated, the company has had to put more focus on the product itself.

“It all starts with creativity and design and then you have the added influence of marketing and merchandising,” added Akeroyd, referring to the brands’ successful launch of its new Chain Reaction sneakers, which were created by Donatella Versace and a former Nike designer she discovered. The rapper 2 Chainz then came along to help tell the story and facilitate the launch.

Orlebar Brown’s Adam Brown, meanwhile, told the story behind his decision to sell his company to Chanel last year: “I started developing a relationship with Chanel over five years, which was a key factor. They are good partners on product extensions we have no expertise in,” said Brown, adding that his advice for those raising investment is to focus on “clever people” over the highest valuation. “Relationships are important when things go wrong. If an idea is good, it’s relatively easy to raise money, but not clever money.”

As he looks forward to the brand’s new chapter post-acquisition, Brown said he is also keen on involving more women in the Orlebar Brown community and, based on customer feedback, he also wants to include a broader range of body types in the imagery the brand produces.

Body positivity and political correctness were two other topics that took center stage. 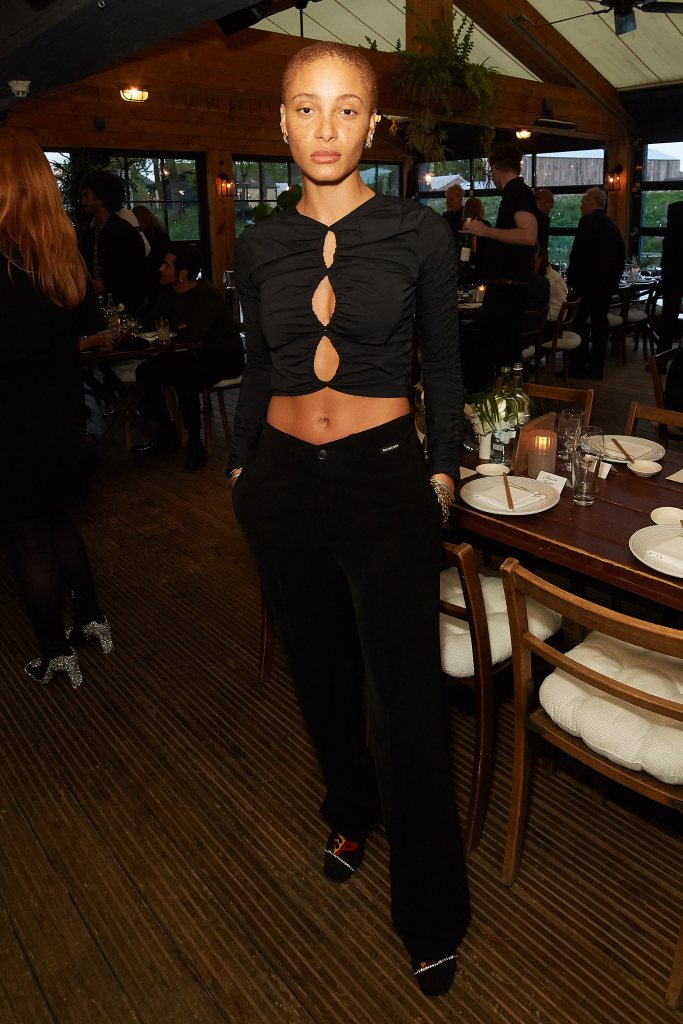 Inside the GQ Heroes event  Courtesy of James Mason

For Nils Leonard, a branding consultant and founder of the Uncommon Creative studio, there’s also value in admitting that you don’t have the answers, and bringing in experts.

He said that “75 percent of brands could disappear, and no one would give a s–t. Social conscience is no longer just a young or niche point of view, so you have to go from being a brand that sells stuff to a brand that people wish existed, and I can argue that every pound you spend building such a brand would pay off,” Leonard said.

“We are in an age of outrage. We share things we hate more than things we like and everybody has become completely brand literate. These conversations happen in the mainstream now, and this will lead to [the creation of] incredible brands that change the world. But the gloves are off.”