Brands Reach Out to Teens With Technology

Gen-Yers are forcing the industry to push the digital envelope. 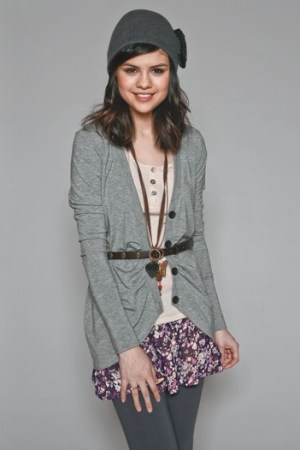 Gen-Yers are forcing the industry to push the digital envelope.

Fashion companies catering to tweens and Gen-Y consumers — an age range spanning 7 to 30 — are in the vanguard of exploring technology’s multiplatform boundaries. These firms are trying to build their brands by enticing consumers who may be the most savvy and demanding about the Internet, the latest apps, video and social media.

“If you want to reach teens and twentysomethings, you have to be more progressive,” said Melissa Lavigne, director of Intelligence Group, the trend and research firm owned by Creative Artists Agency. “The best thing you can do is to make sure your digital footprint is pretty diverse — and you need to experiment. Not every brand is going to get it right the first time. Try it on Facebook. Try it on YouTube. Then you tighten your strategy after that. It’s important not to be in one place.”

Brands are taking that advice and are trying to test the interactive boundaries in order to connect with potential customers. Among the latest initiatives:

• After launching at Kmart in July, Dream Out Loud by Selena Gomez will unveil ads and store displays featuring so-called snap tags, or special dove-shaped logos that users can photograph and then send to an e-mail address for prizes and coupons.

• The Wet Seal Inc., based in Foothill Ranch, Calif., tapped into young women’s fascination with styling clothes through an iPhone app that lets them search and buy outfits in its stores.

• Wholesaler NewBreed Girl, whose fashion tops and accessories retail from $20 to $40 to stores such as Topshop, is bypassing Facebook and revamping its Web site, where users can upload photos and videos to what it dubs “a chat room of images.”

• London’s Scarlett & Crimson, in tandem with the launch of a 90-piece cosmetics line in the U.S. next spring, is developing an app for the iPad that would show tweens how to apply makeup.

• Pittsburgh-based ModCloth.com, which sells vintage items and clothes by indie designers, lets users vote for designs “American Idol”-style in its “Be the Buyer” program, adding the pieces receiving the most votes to its collection.

The cost for an Internet strategy can range from the minimum wage for an intern who monitors a company’s Twitter posts to millions of dollars for an elaborate interactive Web site.

Designers and executives said it is money well spent.

Although women in their 30s and 40s make up most of Brian Reyes’ clientele for items such as $850 cropped bouclé cardigans and $3,450 teal-dyed fox-fur coats, the New York-based designer is trying to make the most of the Web to attract followers who are decades younger.

“Most of our younger customers are exposed to us by Internet only,” he said.

Reyes didn’t take to Twitter, because of the 140-character limit and the site’s inability to upload photo albums — he posted three tweets in eight months. But the designer is a booster of his Facebook fan page, where he publicized developments such as the launch of his e-commerce site on March 1. On his corporate Web site, Reyes plans to add more photos from his travels and images showing the inspiration for his designs.

“It’s good to engage young women because they’re really interested in the design concept,” he said. “We’re really enhancing our Web site…[and] giving people more than images on our runway.”

Companies said listening to young customers allows them to cull new ideas and pick up trends. For an upcoming perfume launch, tween brand Scarlett & Crimson plans to ask girls to vote online for the fragrances and olfactory ingredients they like.

“There is no point to me to sit behind a desk and make decisions for girls,” said Michael Dee, director of content at Coolabi, a London-based company that is the co-owner and developer of Scarlett & Crimson. “They have an opinion on almost everything. It’s important you listen to it.”

The online vote for the perfume is the latest example of how Scarlett & Crimson is using the Web. In anticipation of starting a T-shirt line with Jem Sportswear in the U.S. for fall, the brand launched a Web site in September where girls could download and remix songs created by the fictitious band DarqStarz, formed by characters named Scarlett and Crimson. To promote its cosmetics line, which is already out in the U.K. and set for a 2011 launch in the U.S., the brand plans to enlist girls to record their own YouTube videos showing how they apply their makeup. How-to apps for the iPhone and iPad are also in the works.

“Our absolute aim is to involve consumers in everything we do,” Dee said. “We want to interact quickly and hear what girls think about it.”

Participating in the creative end is important to young consumers. And, looking to the future, a new book, “Gen BuY: How Tweens, Teens and Twenty-Somethings Are Revolutionizing Retail,” predicts the 84 million members of Gen-Y will have more spending power than Baby Boomers by 2017.

“Anything that asks them to be part of the creativity process is particularly relevant…they see creativity as a must-have ingredient for success,” said Lavigne of Intelligence Group.

That may be a reason Wet Seal has been so enthusiastic about the outfits users have styled on its Web site. Since the retailer introduced the “Runway” feature in April 2008 on the site, users have created 400,000 outfits, incorporating the clothes, shoes, jewelry and handbags. These can be viewed and purchased online by other shoppers.

The user-generated outfits accounted for 20 percent of the company’s e-commerce sales, said Jon Kubo, Wet Seal’s chief information officer. He declined to disclose an exact figure but said it was in the “millions of dollars.” Moreover, the average sale from someone who views the user-generated outfits is 20 percent higher than someone who doesn’t look at them, he said.

Wet Seal took the “Runway” Web feature mobile in December with the introduction of a free “iRunway” app for the iPhone. A user can scan the bar code from an item in a Wet Seal store on her iPhone and see the outfits that other users have styled with the piece.

“It’s a unique shopping experience that we never had in retail before,” Kubo said of merging social media with mobile devices. “The retailer that offers the best experience will win.”

From wholesaler NewBreed Girl’s point of view, a challenging retail market created by the recession and a consolidation of stores spurred its move to invest in Web sites for U.S. and European customers, who will be able to upload photos and videos.

“The small unheard-of companies today are the superbrands of tomorrow,” said Delia Hodson, president of Vernon, Calif.-based NewBreed Girl. “They’re building their fan base from scratch. Before they were dependent on retailers. Now, they have to do it themselves.”

NewBreed Girl aims to do it by breaking away from Facebook and YouTube with a members-only Web site where users can upload photos and short videos from their cell phones and computers. Targeting a July launch, the brand also plans to integrate customers’ suggestions of offering discounts, giving away Ts and opening a VIP club. The main message is for users to show their individual style, whether they’re heading to school or listening to bands at the Coachella Music and Arts Festival.

“Posting images of three girls wearing our T-shirts at Coachella would sell more than one celebrity wearing it because [customers] can relate,” said Wendy Bendoni, NewBreed Girl’s media director. “We want to keep it very visual. That’s what the demographic is about.”

It can be difficult to quantify the appeal of a brand online. In some cases, the personality is more popular than the brand.

Zappos.com had 49,134 fans on Facebook as of last Friday, but the company’s ceo, Tony Hsieh, counted almost 1.7 million people following him on Twitter. BCBGeneration had 411 Twitter followers and 3,247 Facebook fans. In contrast, Joyce Azria, BCBGeneration’s creative director, had 3,514 Twitter followers on Friday. Furthermore, Ezekiel’s juniors brand mustered 108 followers on Twitter, compared to its 2,062 fans on Facebook as of that time.

Ezekiel, an action-sports brand based in Irvine, Calif., has tested strategies as it shifts the marketing focus from print to online. For its juniors brand, Ezekial is readying the launch of an interactive magazine with video blog entries from six contributors, including head designer Desiree Faase and new spokesmodel Hailey Krsh. The company is implementing the online overhaul after eliminating the advertising budget for the juniors department a year ago. In lieu of placing ads in magazines such as Nylon, Foam and Teen Vogue twice a year, Ezekiel’s juniors brand is focusing on building an online audience on its own Web site.

“We thought it was really important for that demographic,” said Jessica Rush, women’s brand manager at Ezekiel. “They spend most of their time on the Internet.”

But not all things are equal on the Internet. Ezekiel’s juniors brand mustered 102 followers on Twitter, or less than a tenth of its 1,866 fans on Facebook, as of April 22.

Facebook has more than 400 million users. In February, Facebook had 118.8 million unique visitors who spent an average of 6 hours and 27 minutes on the Web site, according to Nielsen Co. Twitter has more than 75 million users, said RJMetrics, an online metric company in Camden, N.J. And Pingdom, a Swedish Web site monitoring service, reported this year that people under the age of 24 made up 25 percent of Facebook users and less than 20 percent of Twitter users.

Teens are always on the hunt for something new. Dream Out Loud by Selena Gomez is chasing the teen crowd with its snap tags. The snap tags will be printed on ads and photos displayed in Kmart stores that will sell the line exclusively starting July 15. Customers can take a picture of the tag on their cell phones and send it to an address. In return, they’ll receive a coupon for an in-store purchase at Kmart, a snippet from Gomez’s new CD or information about the star.

Dream Out Loud’s snap tags reinforce a digital strategy that includes a Facebook page that launched April 19. Linked to Gomez’s personal Facebook fan page, the site complements a microsite for Dream Out Loud on Kmart.com.

“We want to get them constantly coming back and looking at what’s new,” said Sandra Campos, co-founder of Cynosure Holdings, the New York-based branding and licensing firm that created Dream Out Loud. “It’s about being ahead because they’re so much further ahead than any demographic…They’re multitasking all day long…They’re used to that and you have to play up to that customer.”