The holiday issue is due to hit newsstands on Dec. 3. 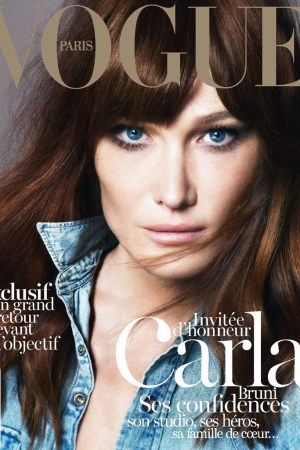 BACK TO FASHION: Carla Bruni-Sarkozy appears on the cover of Paris Vogue’s December 2012 issue, which hits newsstands on Dec. 3. The 45-year-old is the guest editor for the entire holiday issue, which contains 290 pages.

It features two photo shoots of France’s former First Lady, one photographed by Mert Alas and Marcus Piggott, and the other by Mario Sorrenti. It also includes a four-page interview and articles on her friends Farida Khelfa, Emmanuelle Seigner and model Marpessa Hennink.