Campaign features a mix of original illustrations and images by Mario Testino. 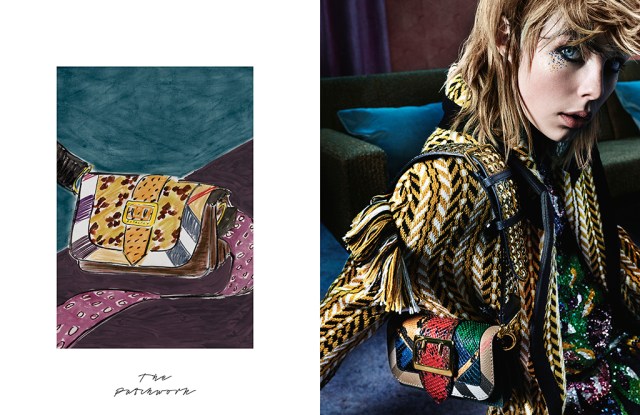 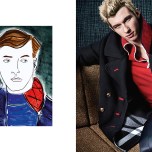 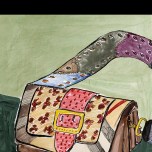 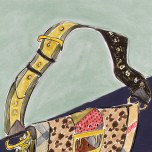 PICTURE THIS: Burberry is embracing change with its latest ad campaign, which for the first time includes illustrations alongside Mario Testino’s images, and offers see-now-buy-now products bearing the new, singular Burberry label.

An announcement is expected later today.

The campaign — in which whimsical, cartoonish images by the British artist Luke Edward Hall complement Testino’s portraits of Edie Campbell and Callum Turner — will break in June and run through September, in keeping with Burberry’s strategy of allowing customers to buy what they see online, in print and on the catwalk.

The company showed its fall 2016 collection in February and, come September, it plans to sell its men’s and women’s collections in-store and online as soon as the runway show ends, in a bid to align itself with the changing needs of the consumer and close the gap between showing and selling.

As soon as the June ads break, consumers will be able to purchase some of the pieces that feature in the campaign, including the Burberry Heritage trench. A selection of The Patchwork — Burberry’s multitextured and patterned hero bag this season — will also be available to purchase.

No two Patchwork styles are the same and each one is named for a British town, street or village. Materials include the house check, snakeskin and suede.

The makeup that Campbell is wearing in the ads — dark and metallic eyes and Burberry’s Shimmer Dust Loose Glitter, will launch in August.

Hall said he was “lucky to be given free rein” with the project “and to be able to interpret the iconic trench coat in my own way.”

The campaign — which has no fall, spring or holiday tag — reflects the changes Burberry has been making in terms of clarifying the brand offer and speed to market. Earlier this month, during a presentation to analysts, Bailey said Burberry’s plans for the joint men’s and women’s see-now-buy-now September show were “on track” as the company seeks to become “more agile and consumer-focused.”

Burberry’s next big campaign will launch in September, and be fully aligned with the changes the brand is making to its retail and runway calendar.

The June campaign will break across print and outdoor outlets, and on Burberry’s social media platforms.