The magazine wants its new shop to be California's answer to Collette or 10 Corso Como.

C Magazine is getting into the revenue diversification game.

The 15-year-old publication, which offers a monthly collection of all things California, is opening its first permanent retail shop this weekend in Newport Beach’s outdoor mall Fashion Island. After a brief experiment with a pop-up shop two years ago in the Westfield Century City mall in Los Angeles, founder and chief executive officer Jennifer Smith said sales were enough to show that this was a viable business opportunity. But it took time to find the right space and get the right brands involved. So far, there are about 80 brands featured in the store, dubbed Studio C.

“The Westfield opportunity just came to us and we decided to try it, not knowing if retail was something we wanted to go into,” Smith said. “After we regrouped, and there was much consideration and debate, but we were like, yes, this is the perfect way to bring the magazine to life.”

Smith added that some feedback she got then was that the pop-up “felt like a California Colette or a 10 Corso Como.” A feeling she wants to continue in the permanent store.

Other media outlets have lately dabbled in retail as well, like Condé Nast, with its magazine Wired, and even Buzzfeed, as publishers overall are looking to any available path to revenue as print advertising continues to be unreliable, at best.

But the C Magazine team behind the shop is dedicated to it being an “elevated” space that gives its current audience and new shoppers alike an opportunity to experience the best brands coming out of California. There will be events, trunk shows and exclusive offerings, like the fine jewelry from Nicole Richie’s House of Harlow, Michelle Pfeiffer’s organic fragrance line Henry Rose, hats from Nick Fouquet. There will also be a selection of pieces from designers including Rodarte and Rosetta Getty and beauty brands like Vintner’s Daughter and Shiva Rose.

“We really homed in on the relationship with the brands,” said Andrew Barker, the magazine’s chief brand and content officer. “That took time, as did getting the design of the store right. It takes rounds and rounds of renderings.” 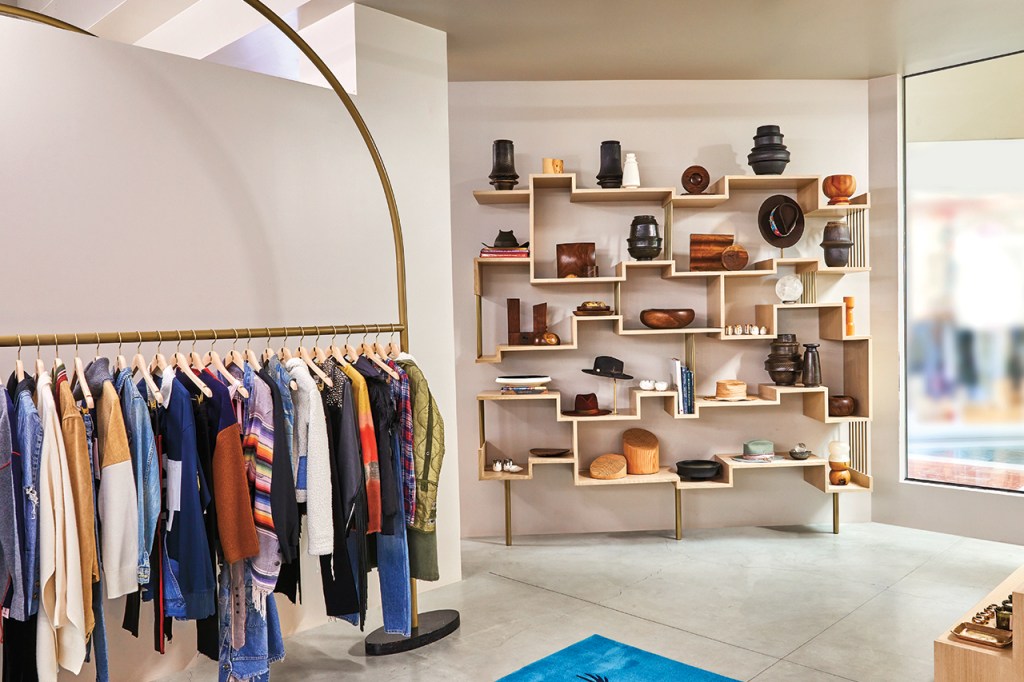 Jenny Murray, editor of C since it launched in 2005, noted that the brand strategy “goes hand in hand with our editorial relationships.” She said representation in the Studio C store is in no way paid for by brands, nor is it part of any ad-buy a company might do. The retail business is being operated as a solo entity.

“It’s the very basis of who we are,” Murray added. “We’re storytellers who want to be able to share these California brands locally and with the world. But the retail and the print and e-commerce parts certainly all complement each other.”

The company is building out a separate website for the store, but the goal is to have more of an editorial-retail hybrid, according to Barker.

“Some of these brands are pretty small and we don’t assume any knowledge on the part of the customer,” Barker said. “We’ll be making videos and it’ll be a complement to the store.”

Before joining C in 2018, Barker spent two years as editorial director of Mr Porter, the men’s side of Net-a-porter, which went big on a content-commerce combo. It even launched a bi-monthly print magazine that has since been cut back to twice a year.

C’s print business has remained stable, according to Murray. She said print circulation has been at 150,000 for the last 10 years. She also claimed that brands that still prefer to spend on print advertising, such as Hermès, Versace and Tom Ford, are committing even more to the magazine, but did not provide specific figures. Nevertheless, the title is working to become more involved with digital and looking to do more videos and build out its YouTube channel. A video it did with Margaret Qualley for her cover shoot last year is nearing 200,000 views, a big number for C. The web site was redesigned last year.

The new retail store seems likely to expand as well, given the investment in the space and making it permanent instead of another pop-up, although Smith demurred when asked about future plans.

“Right now we’re focused on this,” Smith said, “and excited to get it right.”