Chairs will be sold at Cabana pop-up on 1stdibs.com. 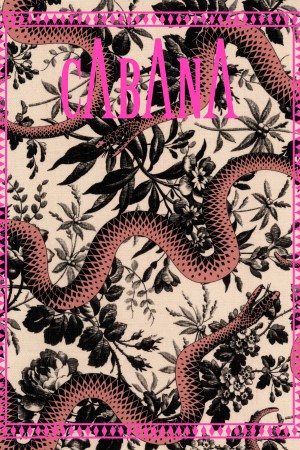 WHEN IN ROME: The word downtime clearly doesn’t appear in the dizionario, or dictionary, of Gucci creative director Alessandro Michele. The restless Italian will reveal an exclusive capsule collection with Net-a-porter later this week, while on Tuesday his Roman portfolio for Cabana will be revealed in full, along with a collection of Gucci chairs to be sold exclusively at the Cabana pop-up on 1stdibs.com.

Although the latest issue of Cabana came out last month, it featured only a fraction of the images Michele chose of his native city. On Tuesday, a limited-edition box set will go on sale with more than double the number of photos. The cover has been done in a Gucci fabric chosen by Michele and the set will retail for 150 pounds, or $216.

This is the first time that Cabana has created a limited-edition box set based on an issue’s theme. All 64 images were shot by Guido Taroni and are double the size of those in the magazine. The 500 numbered copies will be stocked at stores including Colette and Gallimard in Paris; Browns in London; Rizzoli in New York; Book Soup in Los Angeles, and Armani Libri in Milan.

Martina Mondadori, editor in chief of the biannual Cabana, which focuses on interiors and design, and which often teams with 1stdibs on product, said she hasn’t known Michele for very long, but when they met they knew they shared a common aesthetic.

For the issue, she asked Michele to create a mood board reflecting the city where he was born and raised. “The idea was really to chose different rooms, different places — sacred or private ones — maybe a hidden corner, where he takes all his flea market finds and has them restored,” Mondadori told WWD.

There are images of Palazzo Colonna, one of the city’s oldest and largest private palaces, which remains the family’s home; the Biblioteca Angelica; a few private homes; Squatriti, the restorer whose windows are filled with bits of old dolls; and the Renaissance Villa Farnesina in Trastevere.

Mondadori also asked Michele to create a special product, hence the chairs: “In the back of my head I had the set he created for the spring 2016 show in Milan, which was totally like an interior set,” said Mondadori, adding that Michele “was really attracted by this thing of not having rules to follow, and really capturing an image that would communicate an emotion by its visuals.”

As for the chairs, they’re a typical Italian shape called chiavari, traditionally produced in Liguria, and Michele had used them for the shows and Gucci windows. For Cabana, he created six numbered chairs with different Gucci fabrics and animal embroideries. The chairs, which have black lacquered wooden frames, will sell for 1,200 euros, or $1,368, on 1stdibs.com.

On Tuesday, at the Garage du Musée Nissim de Camondo, Mondadori and David Rosenblatt, chief executive officer of 1stdibs, will host a dinner to mark the release of the special Gucci Edition and the launch of the online Cabana pop-up.