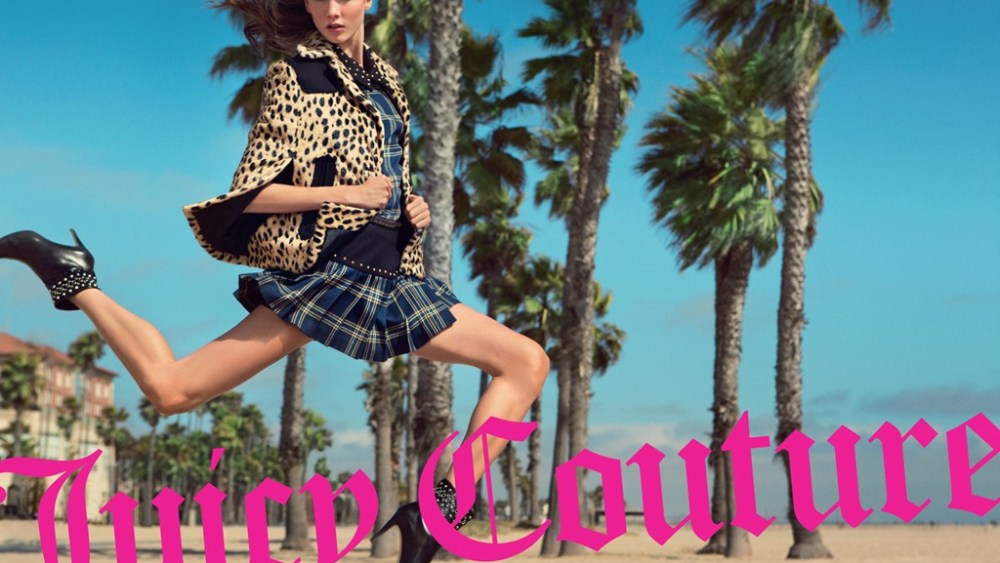 CALIFORNIA GIRL: Karlie Kloss is getting a workout this year. She’s the face of the fall Juicy Couture ad campaign, photographed by Inez Van Lamsweerde and Vinoodh Matadin. The campaign is another step in the brand’s reimaging and turnaround efforts.

Along with the ads, the company will release its first fashion film, featuring Kloss, and launch Juicy Jeans (for the fall season) and the brand’s official blog, The Juicy, which will offer exclusive behind-the-scenes content from the shoot and an interview with Kloss. “Karlie is the perfect Juicy girl — beautiful, fun, all-American and confident. But what really sets her apart is her wonderful and vibrant energy,” said LeAnn Nealz, Juicy Couture president and chief creative officer. Juicy is a division of Fifth & Pacific Cos. Inc.

The ads, produced and shot in Los Angeles and depicting the West Coast lifestyle, will break in the September issues of Vogue, W, Vanity Fair, Elle, Harper’s Bazaar, Teen Vogue and InStyle. Juicy will also be a featured contributor on Nowmanifest.com for the month of August. The Juicy blog will serve up original content about fashion, beauty, music, film and culture.

Juicy declined to reveal the ad budget, but said spending is ahead for fall versus a year ago because of the digital buy. The company also plans to mount urban panels and will run the campaign on Taxi TV during New York Fashion Week. Kloss, who turned 20 on Friday, is having a busy season. She appears on the September covers of British Vogue and Vogue Japan and is also featured in Elie Saab’s fall campaign.