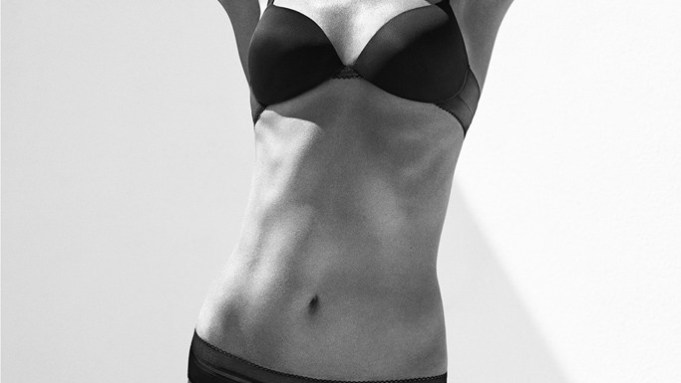 This is Turlington Burns’ first advertising campaign shot by Mario Sorrenti. Inspired by the brand’s signature and provocative imagery, the multimillion-dollar campaign will be comprised of a mix of print, digital and outdoor advertising timed to coincide with September magazine issues. Photographed in Vieques, Puerto Rico, imagery is inspired by the brand’s signature intimate and provocative advertising, which highlights an assortment of the most iconic, must-have Calvin Klein Underwear essentials that represent the modern, sensual and sophisticated aesthetic for which the brand is known. Creative direction was led by an in-house ad agency and creative studio at Calvin Klein Inc., a subsidiary of PVH Corp.

The provocative campaign will be featured in prominent magazine titles including the international editions of Vogue, Vanity Fair, Elle and Harper’s Bazaar. It will appear in 20 countries: the U.S., Canada, Mexico, the U.K., France, Italy, Germany, Spain, Holland, China, Korea, Hong Kong, Singapore, Taiwan, Thailand, Malaysia, Philippines, Macau, Vietnam and Australia. There will also be outdoor advertising and billboards in select key markets in the U.S., Canada, Mexico and France.

Turlington Burns has a long-standing relationship with Calvin Klein, beginning with her first runway show for fall 1987. In 1988, Irving Penn photographed Turlington Burns for her first Calvin Klein Collection advertising campaign. That same year, she became the face of Calvin Klein’s timeless scent, Eternity, for the fragrance’s launch campaign captured by Bruce Weber.

Turlington Burns said it was “sort of nice to be back in the Calvin Klein world.”

“It was great shooting with Mario Sorrenti. We have worked together before but never for Calvin Klein, and both of us have had a long history with this brand, so it’s kind of nice to have a first-time experience with him and Calvin Klein,” she said.