The brand's 30-second ad, slated to run at the end of the first quarter, is the first Super Bowl commercial in its history. 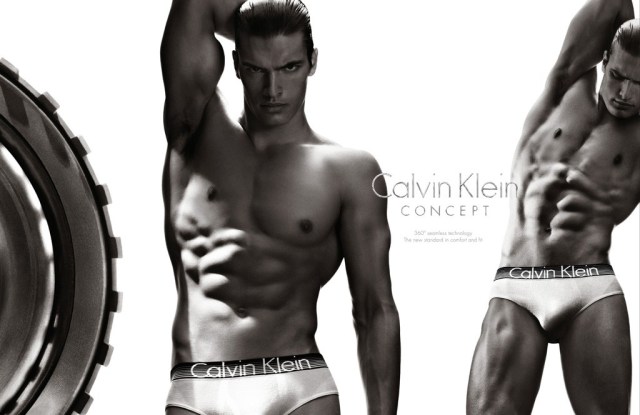 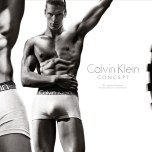 FANTASY FOOTBALL: Calvin Klein will be adding even more sex appeal to this Sunday’s Super Bowl.

Calvin Klein Inc., a wholly owned subsidiary of PVH Corp., will run the first Super Bowl commercial in its history. The 30-second ad is slated to run at the end of the first quarter and will introduce Calvin Klein Concept, the latest offering from Calvin Klein Underwear. The provocative commercial depicts model Matthew Terry in a modern “man versus machine” creative inspired by the 360-degree seamless technology construction of the new underwear line. In other words, Terry flexes his muscles and shows off his great physique.

“This is a significant milestone, and, as an iconic American designer brand, [we] are extremely proud to be able to debut the latest Calvin Klein Underwear campaign during the Super Bowl — the most watched television event annually in the U.S.,” said Tom Murry, president and chief executive of CKI.

The print campaign was shot by Steven Klein.

On game day, all of Calvin Klein’s official social media platforms, including Facebook, Twitter, Tumblr and YouTube, will be transformed with the new creative to support the product launch. Digital content will also be shared via Vine, Twitter’s new video-sharing app. Once it airs, it will also be included in Twitter’s #adscrimmage and YouTube’s Ad Blitz contests for the year’s best Super Bowl commercials voted by fans.

Following Super Bowl XLVII, spots will air on CBS and ESPN. Additional TV spots are slated for Europe, Asia and Mexico in the spring. The ads will also run in GQ, Esquire and Men’s Health and outdoor venues in the U.S., Mexico, Italy and Australia. Overall, the campaign will reach 19 markets across North America, Europe and Asia.