Can You Live in the Burberry Ads, Too?… Marzorati Leaves NYT Mag…

Burberry is launching a digital, interactive ad campaign that allows viewers to engage with models and merchandise. 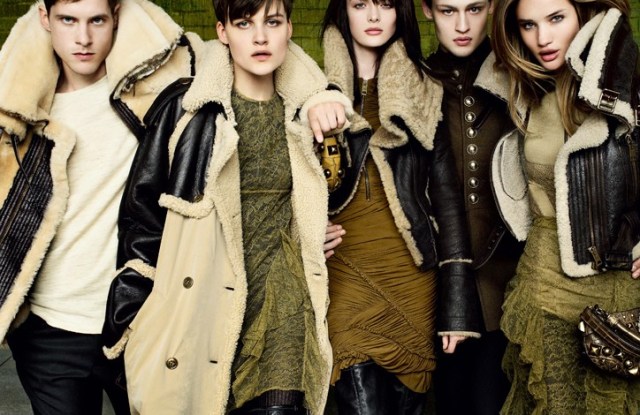 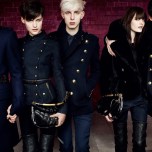 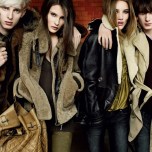 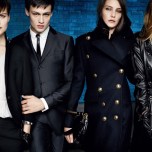 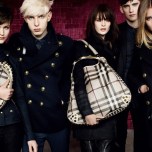 CAN YOU LIVE IN THE ADS, TOO?: Burberry keeps pushing its digital frontier and now, taking inspiration from its 3-D runway show in February, the brand is launching a digital, interactive ad campaign that allows viewers to engage with models and merchandise. “I want anyone who sees the campaign not just to see images, but to feel a part of what we have created — connecting people through technology, music, the collections, the attitude and the emotion captured,” said Christopher Bailey, chief creative officer, adding that he saw the campaign as an extension of the brand’s latest show. Burberry’s go-to photographer, Mario Testino, shot the campaign at Pinewood film studios in London, and models include Rosie Huntington-Whiteley, actor Douglas Booth, and musicians Gwilym Gold, Rory Cottam and Samuel Fry. The campaign makes its debut today on burberry.com and on the brand’s pages on Facebook, YouTube and Twitter. It will break in the August issues of titles including Vogue and Vanity Fair and appear in a variety of online publications. At the click of a mouse, viewers can make a model pick up a bag, turn it and put it down again. They can do the same with trench collars, umbrellas and rain boots. The campaign is an extension of Burberry’s video look books, where models move around, walk on and off the set and “live” in the clothes. In the ad campaign, viewers also can spin models around 180 degrees to see every angle of a look and shop all the looks directly on burberry.com. The campaign also includes elements such as backgrounds and extra images of the models, as well as a video interview with Bailey. As for the bad news for all those magazine publishers out there: About 40 percent of Burberry’s ad spend is now in digital.

TIME’S UP: Gerry Marzorati finally did what had been expected for months: He stepped down as editor of The New York Times Magazine, although he’s expected to land another job at the Times, perhaps on the Web side. Meanwhile, chatter is focusing on James Bennett, editor of The Atlantic and former Times reporter, as the front-runner to succeed Marzorati, though a successor has not been named.

Industry insiders told WWD that Marzorati, who became editor of the magazine in 2003 and was given the additional title of assistant managing editor in 2006, likely isn’t leaving the job of his own volition. His departure is thought to have stemmed from a string of questionable moves, such as eliminating the style pages from the Sunday magazine; launching/folding the quarterly sports-themed Play and Key real estate supplement, and not fighting hard enough against the decision to shrink the magazine’s size. Speculation had swirled since last year that Marzorati would be pushed aside, and his departure follows months of high-level editor changes at T: The New York Times Style Magazine, most notably with Vogue’s Sally Singer succeeding Stefano Tonchi after he left the title to become editor in chief of W. Tonchi’s departure was said to be the final straw for Times higher-ups, according to sources. Marzorati was even left in the dark about the hiring of Singer, they said, and was informed a half-hour before the internal announcement. (For her part, Singer reports directly to executive editor Bill Keller, whereas Tonchi had technically reported to Marzorati.)

The New York Observer first reported Marzorati’s departure. He wasn’t in the office on Thursday and a Times spokesman declined comment.