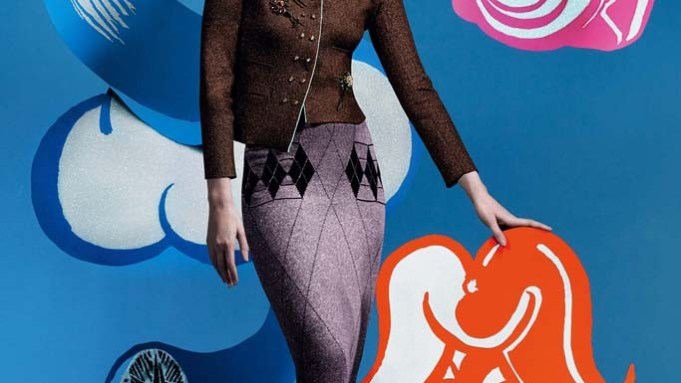 CANDY CRUSH: Sonia Rykiel has reunited with designers M/M (Paris) for another graphic advertising campaign for spring. The images were shot by Craig McDean, who succeeds Mert Alas and Marcus Piggott, the duo behind the fall campaign, which was inspired by midcentury advertising posters. The spring campaign features a pink-haired Karen Elson posing alongside cutout shapes of glazed cakes and ice creams against blue or orange backdrops.

M/M said the decor was inspired by Sonia Rykiel artistic director Geraldo da Conceição’s spring collection, which featured sequins, Lurex, feathers and gold. “We wanted to run with this vision of a greedy, glitzy femininity,” they said.

The shoot was styled by Marie Chaix, with hair by Eugene Souleiman and makeup by Diane Kendal.