For the first time, the film festival’s most coveted prize will be manufactured from fair-mined gold by Chopard. 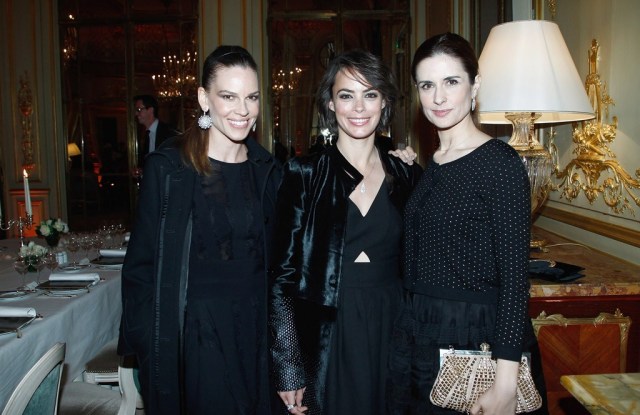 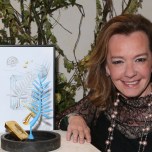 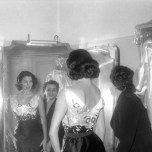 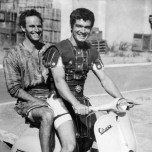 PARIS — “People always ask me: ‘Is the Palme d’Or really gold?’” confided Thierry Frémaux, director of the Cannes Film Festival, at a cocktail gathering at Chopard’s store here. The answer is always yes. “Only now, it’s better than gold,” he mused.

Chopard, which has been in charge of crafting the precious prize since 1988, said that the new Palme d’Or for this year’s festival will be entirely crafted from “fair-mined” certified gold, respecting the rules of economic, social and environmental development in mining, which remains an obscure business.

“When you ask any jeweler in the world ‘Where do you take your gold from?’ he will say from the bank, because nobody knows where it really comes from,” explained Livia Firth, founder and creative director of Eco-Age, Chopard’s partner on the “Journey to Sustainable Luxury,” a project launched at Cannes in 2013 via the Green Carpet Collection. “It’s a terrible situation, the miners work like slaves. It’s an urgent issue, and Chopard is the only luxury jewelry company in the world to have undertaken such a comprehensive program.”

The gold comes from small, family-run mines in South America. “[One] produces 80 kilograms of gold per week, so we are handling it with a lot of care,” explained Caroline Scheufele, copresident of Chopard.

The green capsule collection is part of the jeweler’s Red Carpet line, which contains as many pieces as the festival counts years — 67 in 2014, roughly 10 of which are green. “We do as many as we can, but we give a lot of gold to the Palmes, of which there have to be two in case it’s ex-aequo,” said Scheufele.

“Are you going to exchange mine?” said French actress Bérénice Bejo, who scooped one of the coveted awards in 2013 for best female actor. Bejo just finished filming “The Search,” a war movie set in Chechnya in 2000, directed by her husband Michel Hazanavicius.

Hilary Swank called Chopard her “lucky charm.” “I wore [it] the night I won the Academy Award for ‘Million Dollar Baby.’ Go Green. I really believe in what they are doing,” said Swank, who’s taking it easy after having shot three movies in 10 months, two of which are slated for release later this year — a drama called “You’re Not You” and “The Homesman” with Tommy Lee Jones and Meryl Streep, a Western. “Not shoot them up and shoot them down,” restated Swank. After all, she did draw a gun. “But I didn’t shoot,” she laughed.

The next big project for Scheufele: “I would like all our bridal collections to be made out of fair-mined gold, because when two people get married, that’s a very important moment in their lives. Maybe next year,” she allowed.

The cocktail reception was accompanied by the “Backstage at Cinecittà” exhibition, a photographic journey depicting the heydays of Italian cinema starring Anita Ekberg, Ava Gardner, Alain Delon and Charlton Heston, among others, to be shown at the Chopard Lounge during this year’s festival.