The second issue, due on newsstands later this month, was conceived around a dance theme. 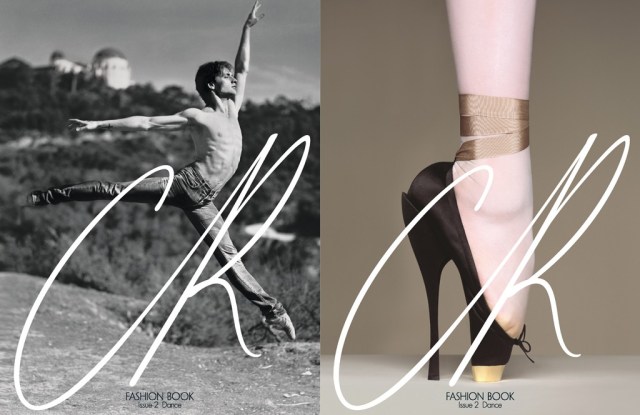 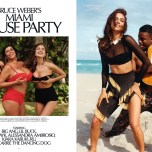 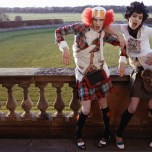 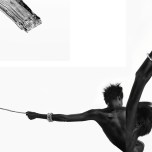 CARINE EN POINTE: For the past year and a half, Carine Roitfeld has been taking private ballet lessons, which she credits with transforming her body and mental focus. She’s channeled her newfound enthusiasm for the barre into her second issue of CR Fashion Book, conceived around a dance theme. The flip covers feature Ukrainian ballet star Sergei Polunin photographed by filmmaker Gus Van Sant on one and a stylized take on the ballet shoe by artist Brigitte Niedermair on the other. “I’m obsessed with the body of the ballet dancer, obsessed with the music and obsessed with the Russian tradition in ballet,” said Roitfeld. “When you are a dancer, you don’t get money. You do it because you love it. It’s so pure and beautiful — the freedom, the movement, the gestures.”

The new issue, on newsstands in Europe on Feb. 21 and in the U.S. on Feb. 28, offers up features on the American Ballet Theatre, an interview with dance legend Jacques d’Amboise and a séance with the late ballet legend Nijinsky conducted by French ballerina Marie-Agnès Gillot. Bruce Weber has a Miami shoot with reality television star Big Ange and models Irina Shayk and Alessandra Ambrosio. Also in the issue are Gisele Bündchen interviewing fellow mannequin Kiara Kabukuru, a Scotland shoot by Karl Lagerfeld and the first editorial shoot from designer Rick Owens.

This story first appeared in the February 8, 2013 issue of WWD. Subscribe Today.

The print run for CR has been boosted to 65,000 by publisher Fashion Media Group, up from 50,000 for the first issue last September. The cover price has been plumped up to $20 from $15. The 340-page issue carries about 125 pages of advertising, down from the 150 pages of ads in the debut issue.

“My arch is perfection. But ballet is very tough, you’re never good enough,” said Roitfeld of her own ballerina form. But she takes comfort in the fact that “dancers are very chic as they get older — even the old ladies have beautiful posture.”