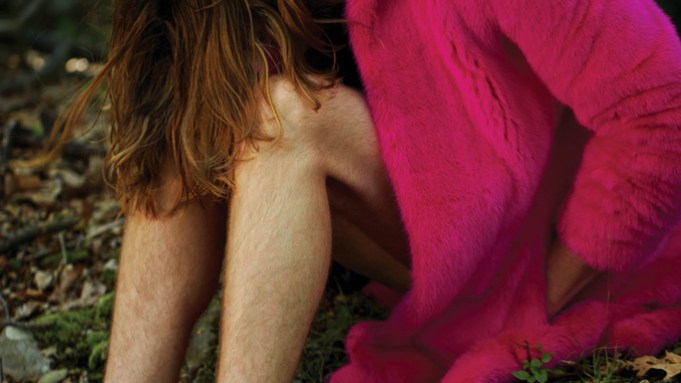 MAN IN THE MIDDLE: Carine Roitfeld already had Kurt Cobain and construction-worker shoots in the can for the launch of her new men’s magazine by the time the Paris shows for spring 2016 rolled around. Lo and behold the Saint Laurent and Givenchy shows — dedicated to California grunge and American work wear, respectively — confirmed her fashion instincts for the opposite sex aren’t so bad.

The editor confessed that male fashion doesn’t come to her as easily as women’s, and so she let her favorite style icons, past and present, guide the debut issue, slated for release Sept. 10 and polybagged with the seventh issue of CR Fashion Book.

These include River Phoenix, Robert Mapplethorpe, Jaden Smith and Christopher Walken. Roitfeld has a particular soft spot for the latter actor, whom she imagines in suits and camel coats. “I’m the biggest fan for 30 years,” she said, noting she cast model Lucky Blue to impersonate Walken, spying an uncanny resemblance.

She was also very impressed with “hoodie boy” Smith, the 16-year-old son of actor Will Smith, who already has his own clothing line and an investment in a sock factory, in addition to being a singer.

Also featured in the issue is budding model and musician Gabriel Day-Lewis, son of actor Daniel Day-Lewis. “They were very inspiring and had a lot to say,” she marveled of the youngsters. Roitfeld also tapped Kanye West to identify the next wave of talent in music.

Roitfeld is hardly new to men’s fashion, having styled G-strings in Gucci men’s campaigns and had purview over Vogue Homme International when she was editor in chief of French Vogue from 2001 to 2011. Yet she considers it tricky, and prefers to err on the side of classics, insisting that “fashion is the right jeans and the right T-shirt” and that “the man is more important than the clothes.”

Roitfeld is working with her same CR Fashion Book team on the men’s project, and relishes the chance to take in men’s shows by designers such as Raf Simons through to Alessandro Sartori for Berluti.

Subsequent issues of CR Men’s Book, to be published annually by Stephen Gan’s Fashion Media Group LLC, will be sold with CR Fashion Book at a cover price of $20 and a print run of 65,000.

Roitfeld figures the time is ripe to introduce the brother title, given heightened interest in men’s fashion, and what she sees as a less crowded field.

As of press time, the debut men’s supplement spanned 112 pages with 40 pages of confirmed advertising from such brands as Louis Vuitton, Saint Laurent, Givenchy, Gucci, Giorgio Armani, Prada and Tom Ford. The main issue of CR Fashion Book contains 128 pages of advertising, and sales are ongoing.