Pink is not Carine Roitfeld’s usual color, but a new calendar with Estée Lauder to benefit breast cancer research has led her to come around.

“I’m a woman who likes black,” Roitfeld said, speaking in accented English from her home of Paris. “The idea of pink, I really like it. It’s a little bit changed in my life — now when you go to my bathroom there’s some flowers, my sheets there’s a flower, very light pink and light purple. Before it was just white, you know, so I think with age I’m a little more soft, let’s say, and I like it.”

She also has something of an esoteric soft spot for calendars, working on many over the years and even during her tenure as editor in chief of Vogue Paris, so collaborating with Estée Lauder for a 2019 calendar from her CR Fashion Book, all sales proceeds of which will go directly to the Breast Cancer Research Foundation, was an easy choice.

“I don’t know why I love [calendars],” Roitfeld wondered. “I like the idea to have 12 months, 12 different girls, the seasons…I love beauty in general, so it’s a good exercise for my addiction to beautiful women.” 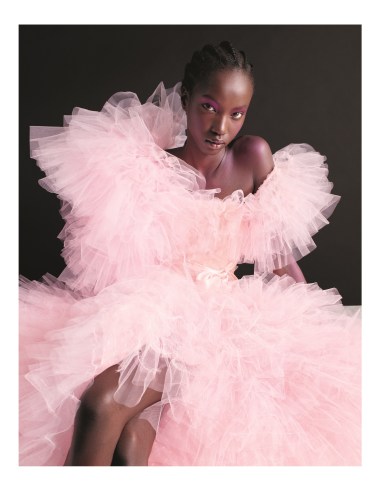 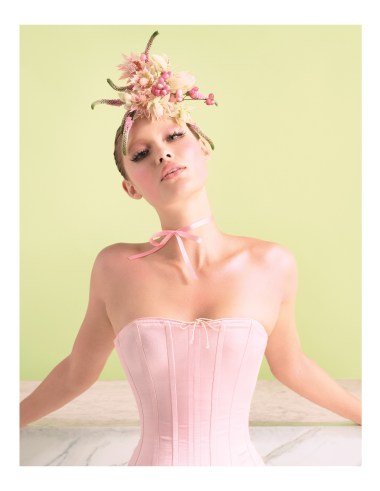 For Estée Lauder, creating a physical calendar in the age of Instagram will allow the images (and hopefully the message of cancer research) “to be appreciated over time,” according to Stephane de la Faverie, the company’s global brand president.

“The fashion and beauty industries have powerful global reach and influence,” de la Faverie added. “We have the opportunity to be a leading voice in women’s causes and inspire meaningful action.” He also noted that the pink ribbon, nw used to world over to symbolize breast cancer awareness and part of the inspiration for the calendar, was co-created by Evelyn Lauder, the late wife of Estée Lauder chairman emeritus Leonard Lauder.

But don’t expect to see too much of the women in the calendar, which include high-profile names like Elizabeth Hurley, Carolyn Murphy, Karlie Kloss, Fei Fei Sun, Hilary Rhoda and Joan Smalls. Roitfeld may be known for pushing editorial boundaries when it comes to nudity (this is the woman who styled for Tom Ford’s Gucci in the Nineties and made bare breasts something of a French Vogue hallmark), but she’s changed her mind a bit there, too.

“[The calendar] is very suggestive, but never vulgar, it’s not too much,” Roitfeld said. “I think now, because I’ve become more wise with my big age, it’s my way of thinking, too, that figuring is enough — you don’t have to show everything.”

No matter her evolution, Roitfeld brought her typical sense of artistry to the project, imagining the women as flowers, from makeup to accessories (all of the flowers on set were also real), and urging Mario Sorrenti, who took all of the photographs and whom she calls “a great artist,” to think of the emotions that come through still life paintings of flowers.

“I love working with her,” Sorrenti said in a note. “She is such an incredible talent. When she asked me if I would be interested in being part of this, I told her it would be an honor to do it and to help raise awareness for such an important cause.”

The cause of breast cancer is one that is close to Roitfeld, too, not just because it can affect all women, but because it did affect her mother and has a good chance of affecting her, her daughter and her granddaughter. But her granddaughter also loves pink and Roitfeld joked that she does “everything to please her.”

“When she sees the calendar,” Roitfeld said, “she’s going to be jealous because there are so many flowers.”